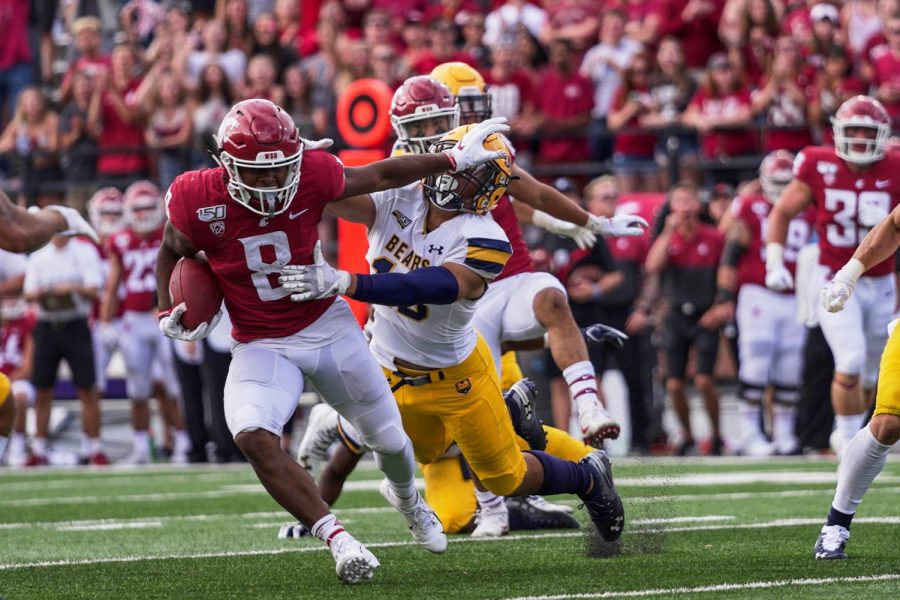 Cougar football will travel to Salt Lake City to play the No. 19 University of Utah Utes in its second conference game of the season at 7:05 p.m. on Saturday at Rice-Eccles Stadium.

Redshirt senior Anthony Gordon said the Cougars are moving on from the last game.

“We’re onto the next one,” Gordon said. “Tough loss, but we’re using it as our fuel to our fire this week.”

After dropping in the AP Poll ranks, Utah is moving on from their 30-23 loss at Southern California.

There are some similarities from last year and this year’s schedules.

“Funny how both L.A. teams, both week four, you know, right before Utah,” Gordon said. “Maybe the table’s set.”

Gordon is leading the country in passing yards with 1,894 yards and 21 passing touchdowns coming into week five.

Redshirt senior rush linebacker Tristan Brock said the defense needs to focus about getting the ball back on offense.

“We need to worry about playing solid defense and just tackling every play and playing tough,” Brock said.

Brock said the defense needs to get to the quarterback faster to sack him or force mistakes.

“We got to get pressure every time you know, that makes them get in the hurry up and helps the guys in the back,” Brock said.

“It’s life, you’re going to take an L in your life, you just got to move on and try to get better,” Harris said.

Kickoff for the game is scheduled for 7:05 p.m. on Saturday night at Rice-Eccles Stadium. The game can be seen on Fox Sports 1 (FS1).