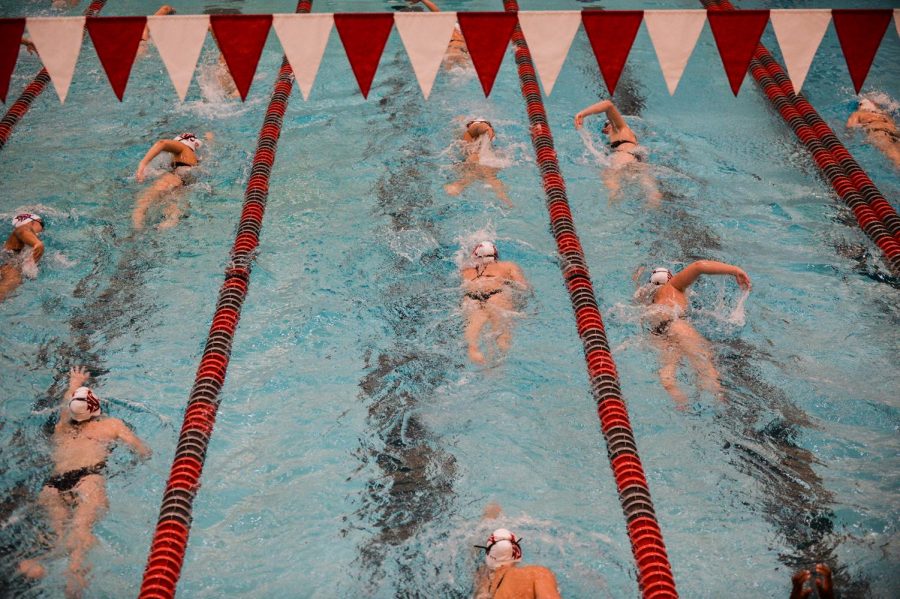 The swim team warm up with sprints before the relay meet against UI, UN, and SDSU Friday night at Gibb Pool.

WSU opened its swim season with a relay meet against University of Nevada, Reno, San Diego State University and University of Idaho Friday night at Gibb Pool in Pullman.

The meet consisted of four teams competing in 10 events. WSU ended the meet in third place with 78 points, with a third-place finish in five events.

Despite the third-place team finish, second year head coach Matt Leach said he is looking toward the future for improvement.

“Where you start is not necessarily where you finish,” Leach said. “We’re just not there yet so we’re gonna keep working hard as a program. We had good energy coming out.”

He said he was excited to see what happened the next day.

Sophomore Lauren Burckel said it was a good start for the team.

“We have such a young team. It was really nice to get them introduced to the college atmosphere,” Burckel said.