He’s not doing too hot, has no life skills, skips classes regularly 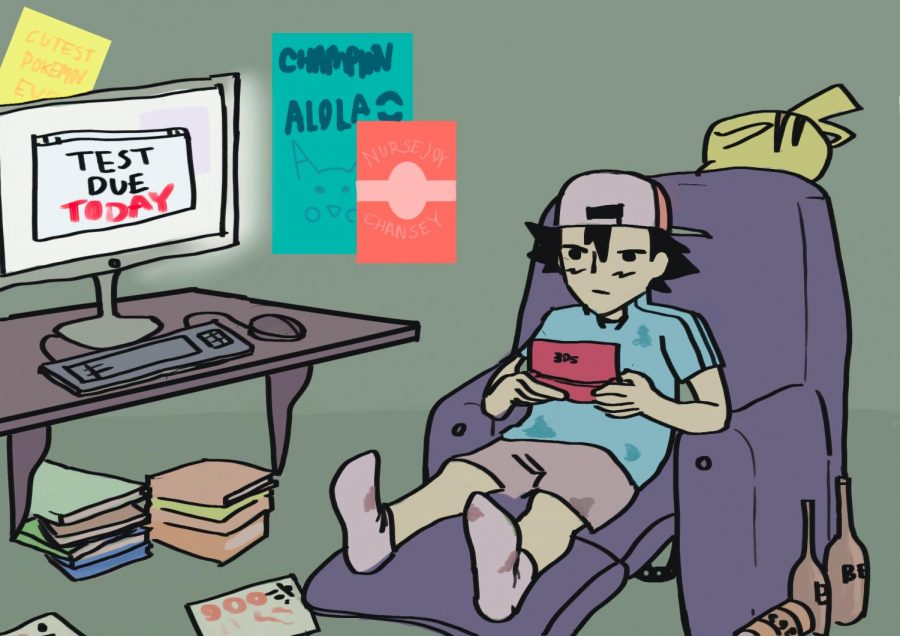 Ash Ketchum is dealing with crippling anxiety and an aversion for school work on a daily basis, according to his shirtless roommate Brock and his professor Maple.

Ash Ketchum, after twenty long years of working as a Pokemon trainer, has finally fulfilled his dream of becoming a Pokemon master.

As it turns out, being a Pokemon Master is not all it is cracked up to be.

“All it is is busy-work. Day in and day out constantly fighting punk-ass kids, trying over and over again to beat me and become the new Pokemon Master,” Ash said. “I’m literally paying a therapist so I can deal with this sh-t.”

Ketchum has decided to hang up his mantle as a Pokemon master and has been attending WSU.

“Ash has for a long time wanted to become an electrical engineer,” Gary Oak, his long-time rival said. “I don’t know why, but apparently it has something to do with that yellow emotional support rat he carries around with him.”

Professor Maple said Ash has been doing splendidly in class and has finished his homework on time. But as of recently, he has missed almost a week of school he said.

“Ash has been freaking out about the midterms saying he will fail, and should ultimately not attend class if he’s just going to fail,” Ketchum’s ever-shirtless roommate Brock said. “He just sits around playing that new Pokemon game that came out for the Switch, saying something about having to catch them all?”

This truant behavior has led to a public outcry for his suspension due to students’ belief that Ketchum is getting special treatment for being a celebrity.

WSU provost of celebrity management, Red Justred, agreed to an interview but during the interview just stared blankly at the wall.

Ash has proven time and time again throughout his 20-year career that he is tenacious and full of spirit, his roommate said. He has made it from his humble beginnings in Pallet Town to achieving his ultimate goal.

Can Ketchum overcome this mountainous obstacle? Join us next time to see if Ash truly is the very best or if he will succumb to the pressure of the doubt Pokemon, Midterm.