Cougar defense unable to keep up 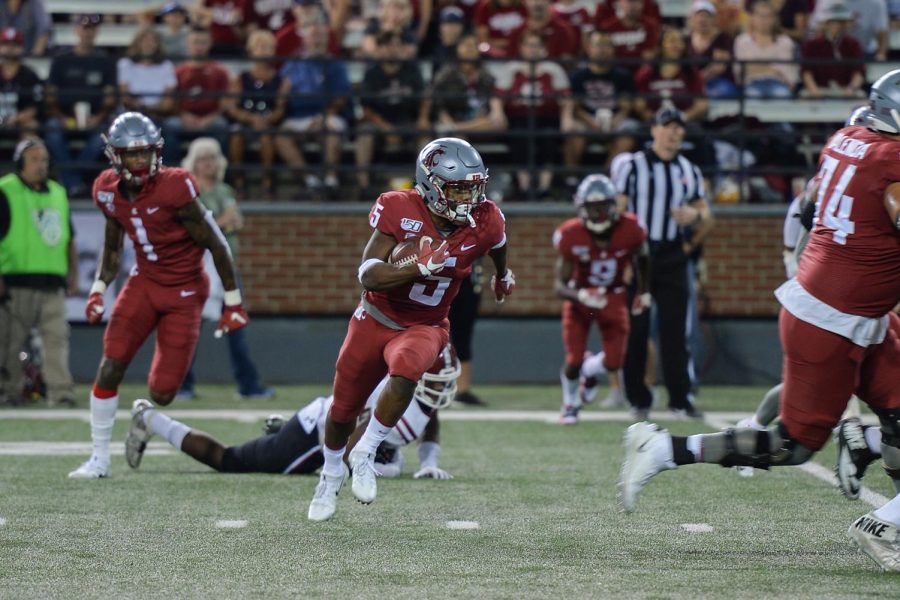 The Utes started with a promising drive on the Cougars as they brought the ball into field goal range only to come up short with a missed attempt.

Both teams, coming off losses last week, searched for redemption after falling short to other Pac-12 teams.

Utah was not discouraged, as the very next drive they had, the offense brought the ball straight back to the red zone, scoring an 11-yard passing touchdown putting the Utes up 7-0 in the first quarter.

WSU redshirt senior quarterback Anthony Gordon led the Cougars to the four-yard line the very next drive, finishing it with a short touchdown pass to redshirt junior Deon McIntosh, tying the game 7-7 just before the end of the first quarter.

Although the Cougars have been known for their pass-heavy air-raid offense, they utilized sophomore running back Max Borghi during the first quarter with four carries for 28 yards.

The Utes responded immediately by securing a 52-yard pass for a touchdown bumping Utah ahead of WSU 14-7 to begin the second quarter.

Despite the efforts from the Utah defense, WSU drove the ball back into field goal range, nailing a 51-yard attempt from redshirt sophomore kicker Blake Mazza, making it 14-10 Utah. This was a career long kick for Mazza.

Mazza’s boot would be used to scored again in the second quarter as he made another 24-yard field goal making it just a one-point game, 14-13 Utah.

Utah led themselves to another touchdown as senior quarterback Tyler Huntley ran it in for six with less than a minute left in the half making it 21-13 Utah.

Opening the second half, Utah led a promising drive to the red zone. Despite the situation that the Utes were in, the Cougars held the them to a field goal, making it 24-13.

Adding to the lead, Utah punched in another 7-yard touchdown to give the Utes a 31-13 lead at the near end of the third quarter.

Utah’s defense would continue to run down the WSU offense as the Cougars came up short in the red zone, turning it over on downs to give Utah the ball in the fourth quarter.

The clock would run out with Utah coming out on top, 38-13, leaving WSU scoreless in the second half.

WSU will have a bye week next weekend, followed with another away game against Arizona State University on Oct. 12 in Tempe, Arizona.