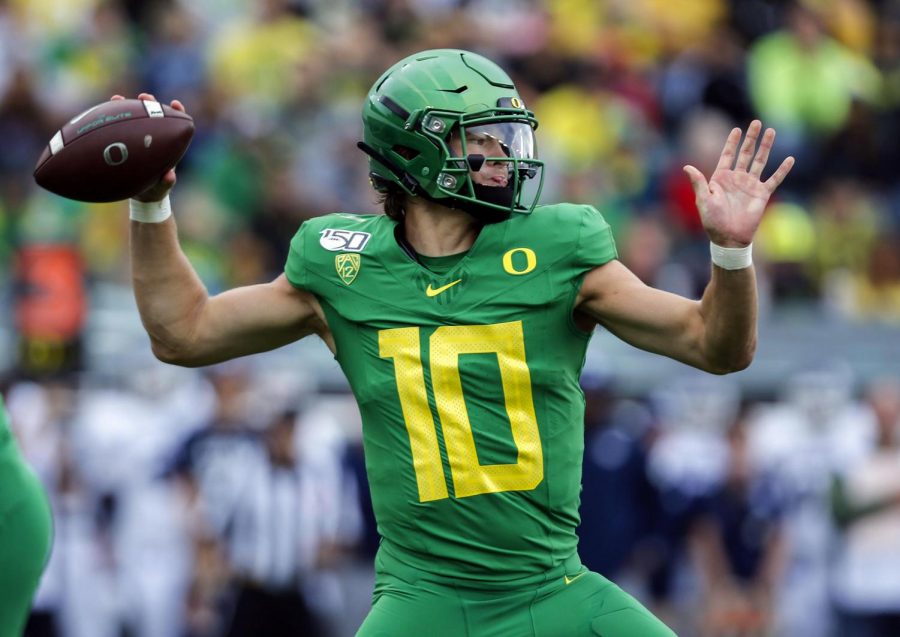 The AP Poll was released for Week 6, and there’s some surprises this week, in terms of the rankings. Here is what is right and what is wrong with the rankings for week 6.

So the first four, in order, is Alabama, Clemson, Georgia and Ohio State. Clemson deserves to move down after their lackluster win against the University of North Carolina. Alabama beat their opponent by more than 20. What else is new. Georgia had their bye and Ohio State came into Lincoln, Nebraska, and whopped the Cornhuskers. So this is right, in my opinion.

The next four, 5-8, is LSU, Oklahoma, Auburn and Wisconsin. So Wisconsin is still the number 8 team in the country after barely beating Northwestern at home? I mean yes, they won by nine, but they looked horrible in the first half. They deserve to slip down at least one or two spots, not stay at number eight.

LSU had their bye. The AP Poll is underrating Oklahoma still, after they whopped Texas Tech, and Auburn destroyed Mississippi State. But the only reason LSU is still up there is because they beat University of Texas at Austin.

To round out the top 10, the last 2 teams, 9-10, are Notre Dame and Florida. Now this is more accurate, Notre Dame beat Virginia at home by 15, and Virginia was ranked, so that’s reasonable. Florida shut out Towson at home, and it was expected that they win by more than 30.

So the next four, 11-14, is Texas, Penn State, Oregon and Iowa. No changes, no surprises, no arguments. Except, Penn State whopped Maryland, 59-0, they should at least move ahead a spot ahead of Texas. And Iowa beat up Middle Tennessee State at home, which was expected for them.

To round out the top 20, 18-20, is UCF, Michigan and Arizona State. Why is UCF ahead of Michigan? UCF beat UConn, like, UConn is a basketball school. Michigan shut out Rutgers University at home. UCF won 56-21 at home. Michigan won 52-0. UCF lost to Pittsburgh, who is not in the top 25. Michigan lost to Wisconsin, who is the number 8 team. And Arizona State beat Cal on the road. They’re a top 25 team, but not ahead of the rest of them.

Okay, why is Texas A&M still in the top 25? Yes, they finally got a win against Arkansas, but it was a sloppy game, Texas A&M won by four, and they were at a neutral site. In what world is this team a top 25 team? They deserve to drop. Yes, they’ve lost to good teams, but if they’re barely scratching out wins against teams they’re heavily favored against, why are they in the top 25?

Virginia looked impressive in their loss against Notre Dame on the road, but they’re still 4-1, and they look more impressive than Texas A&M. SMU is also 5-0, but the difference between SMU and Wake Forest is SMU beat a top 25 team. Last week, they upset TCU on the road, but they still have not defeated anyone significant so far, but they should be able to prove why they’re a top 25 team.