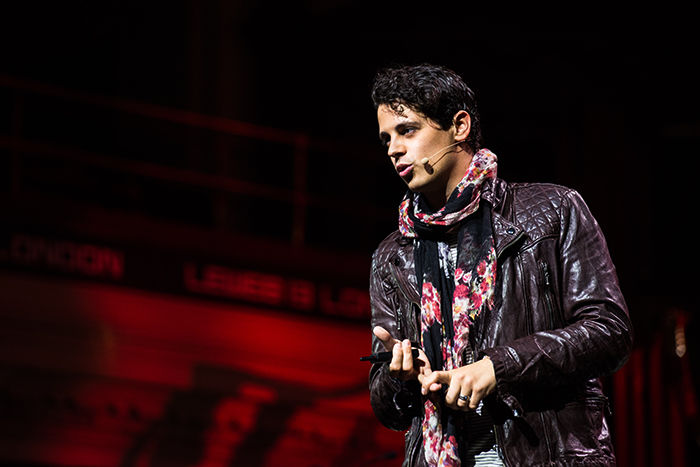 Milo Yiannopoulos, a conservative journalist and editor of Breitbart News, will speak at WSU on Thursday.

The GoFundMe page, created by College Republicans President James Allsup, stated that WSU waited until a month before the event to notify them of security costs, though WSU Police say the group was aware long before this that they needed to get in touch with the police department.

“WSU, despite knowing that this event would be taking place for a full five months decided to inform WSU College Republicans at the last minute – literally a week before winter break began – that they would need to pay approximately $1,500 in security fees to allow the speech to continue,” the fundraiser description read.

Rather than pay $1,500 in security fees to WSU Police, which the GoFundMe stated would “not have an active role in removing demonstrators or agitators,” the College Republicans chose to hire private security for about $1,000.

Brayden White, a junior finance major, said he donated $10 because he believed the fees were unfair.

“I don’t agree with (Yiannopoulos) on a lot of things, but I think he is always bringing up logical arguments for the things he says,” White said. “He is mostly just being satirical and making fun of these stereotypes we have today. But he is obviously heavily opinionated, and that’s makes people upset.”

Some universities have cancelled campus appearances for Yiannopoulos, an editor for Breitbart News, which a far-right news and opinion website.

In October 2016, Breitbart reported on what it described as “security fee censorship,” following up with a report later in December that the College Republicans claimed WSU selectively enforced a policy of requiring certain student organizations to pay event security fees. Hansen said the university determines whether events require security on a case-by-case basis.

Several members of the College Republicans, including Allsup and Vice President Jacob Heinen, have not responded to requests for comment.

The Daily Californian, Berkeley’s student newspaper, reported Dec. 26 that the Berkeley College Republicans were required to raise up to $10,000 for security costs to bring Yiannopoulos to speak on campus. Other campus organizations saw the security fee estimates to be fair and accurate given the anticipated turnout of the event.

Yiannopolous, a self-proclaimed troll and “supervillian,” is a vocal supporter of free speech and President-elect Donald Trump, as well as a critic of political correctness, social justice and third-wave feminism.

“We believe wholeheartedly in free speech and in the presentation of views that may be controversial or disturbing, politically or personally,” said english professor David Landreth in an email to the Daily Californian. “However, Mr. Yiannopoulos’s public talks routinely veer into direct personal harassment of individuals; they often also call for such harassment and aim to incite it.”

A petition from the University of Washington urging the administration to ban Yiannopoulos from coming to speak on campus has garnered nearly 4,500 supporters.

“The danger with him coming to our university,” Martinez said, “is that students who are not aware and informed on certain issues might feel that his racist, sexism, transphobia ideologies are okay, and students might enhance and bring this hate to our campus.”

Blaise Schile, a junior finance major, said anyone is free to express opinions so long as there is no law-breaking call to action.

“For instance someone could have a speech on how they disagree with and hate Donald Trump, or the alt-right, or conservatives,” Schile said. “That is perfectly fine, so long as they don’t make comments about going out and harming these people in an illegal fashion and asking their listeners to do so as well.”

More than 300 people have indicated on Facebook that they would be attending the event, which will take place on Thursday in the CUB Junior Ballroom. Doors open at 5 p.m.