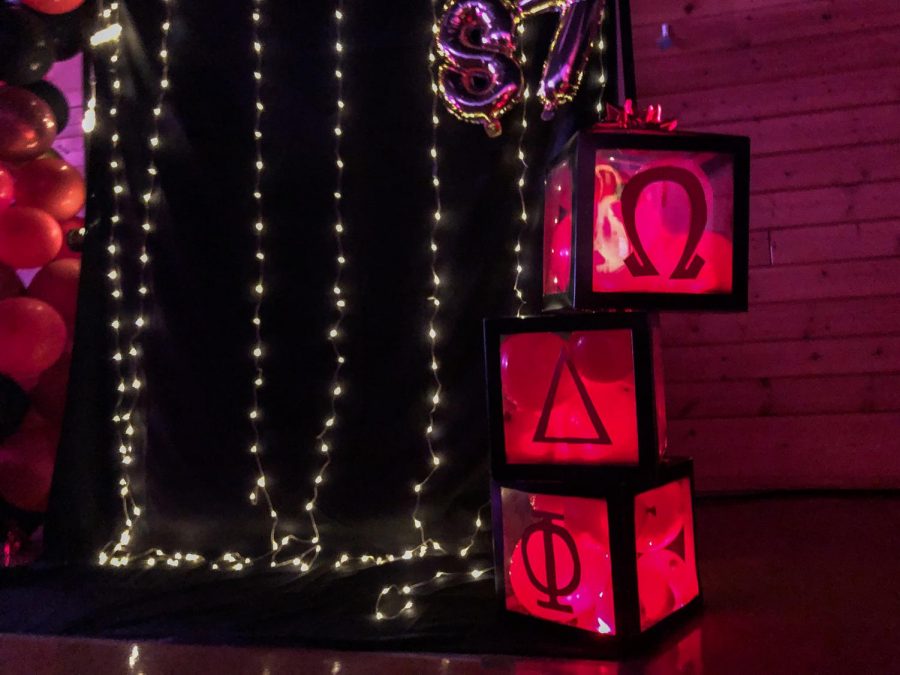 WSU’s Omega Delta Phi co-hosted Hype Knight along with chapters from other universities on Saturday night at Ensminger Pavilion.

It was an event to welcome freshmen students and returning students to kick off the school year. The fraternity event was a way for attendees to celebrate Pullman’s community and everything Latinx, said Eric Martinez, junior business major and Hype Knight director.

“I wanted to make people feel less alone. When I was a freshman here at WSU, it didn’t feel like my people were represented, so I wanted to change that,” Martinez said.

Walking up to the building, guests were greeted with the sound of pumping music and celebration. Papel picados hung from the ceiling, and flags from several Latinx countries decorated the walls.

The fraternity worked to make a space for Latinx people, like Hype Knight, that had not existed at WSU, Martinez said. They gathered people from across the state and the University of Idaho to help do it.

ODP members were excited to host the event, Martinez said. They had each fraternity band together and advertise at their different schools. They made Facebook, Twitter and Instagram posts across the board. Fliers were printed, and two promo videos were released.

“We wanted to reach out to other chapters nearby and create a multicultural event that everyone could attend,” said Saul Sanchez, the president of WSU’s Omega Delta Phi chapter.

The walls of the pavilion held balloons celebrating the 2019 start date and the founding of Omega Delta Phi in 1987. Hype Knight ODP members hope to continue the event in the coming years, Sanchez said.

People went through the crowd, hugging and yelling as they found friends. A local DJ and group band Legado SN also attended the event to play music.

Attendees of Hype Knight went there to support their friends and revel in a community bonding event, Sanchez said.

“[It’s a] chance to come together and build a multicultural network across the state to start an event that would be as successful as possible,” Martinez said.