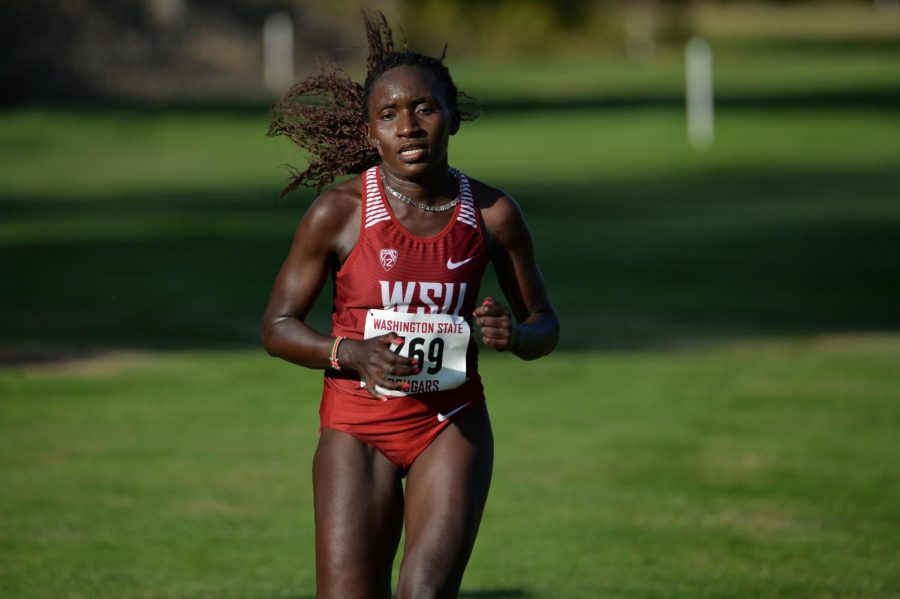 The WSU women’s track and field and cross-country teams produced success throughout their respective seasons, with plenty of personal records were set. One athlete said her success was not only “incredible” but also “lucky.”

Janet Okeago, senior distance runner, competes on the WSU cross-country and track and field teams. From Nyahururu, Kenya, Okeago transferred to WSU from Hampton University in January of 2018, right before the first invitational of the season.

She said her main reason for transferring from Hampton was how isolated she felt on campus and with her team.

“It’s kind of a low-attitude place,” she said.

As soon as she transferred to WSU, Okeago said she immediately felt comfortable with her teammates and had no complications adjusting to her new environment. She said Kenya was a high-attitude place and it was energetic, and that was what she was looking for in Hampton but found it at WSU.

“I’m kind of used to the high-attitude area, so that I can properly attack,” Okeago said.

She said her first choice to transfer to was WSU over many universities that she looked at.

Wayne Phipps, director of cross country and track and field, said Okeago came into WSU with a different kind of enthusiasm that made her special. Okeago has an attitude that drives her to always be better, he said.

“She always wants to run faster than the last time she ran,” Phipps said.

Before the Pac-12 Championships in May, Okeago had to undergo surgery for appendicitis before she could compete. She trained for weeks so she could compete in the championship but had to sit out a whole month, to recover from surgery, after all her training, she said.

“It was kind of embarrassing for me when the doctors told me that [racing] was not going to happen today,” Okeago said.

The fuel for her motivation to get to the Pac-12 Championships was Phipps, she said. Phipps knew that she could recover from the surgery just in time for her to compete, she said.

She only had two weeks to prepare for the Pac-12 Championships and dedicated her time to focus on the race and her health, Okeago said.

“I had to talk to[Phipps] , and he told me that he believes in me,” Okeago said.

Phipps said Okeago felt determined to get back to running as soon as she recovered from the surgery and demonstrated to him a kind of determination that he was surprised to see.

“She really wanted to come back in time for the Pac-12 Championships,” Phipps said. “She just had her surgery and all she could think about was getting ready to run again.”

Okeago said her goal for the upcoming season is to finish higher overall throughout the season and hopefully to go the national championships.

“When I get back, I will take my time because my health comes first,” she said.