Dating can present different challenges for women of color 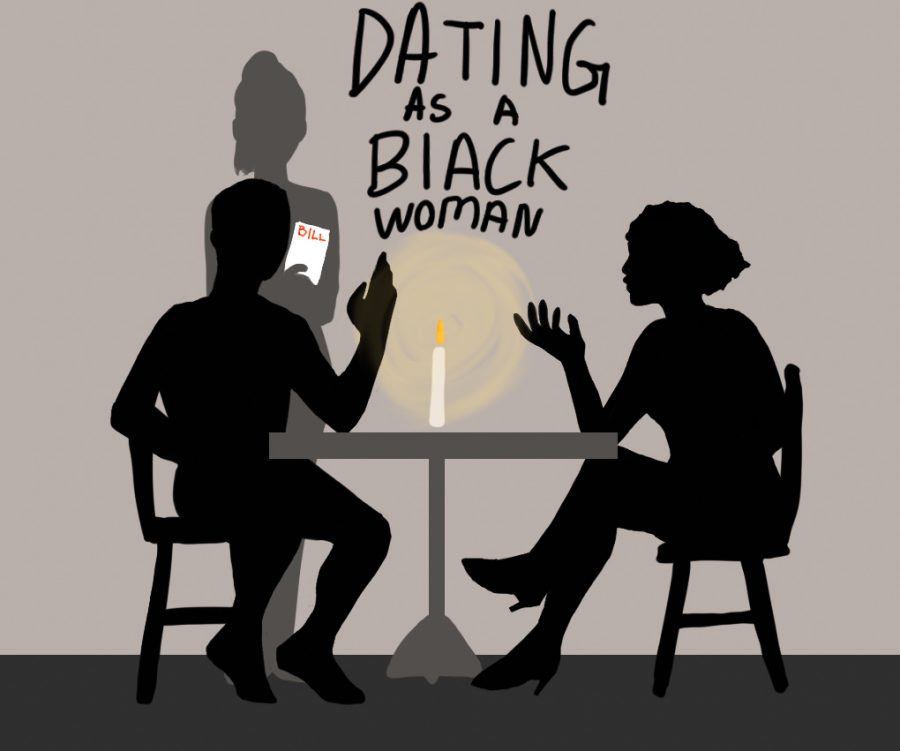 One student found that she might appeal to men for sex, but dating is another story.

Everywhere I turn it seems as though everyone is in a relationship. Do you know those people who have a new boyfriend every three months?

Yeah, I’m not that person.

I never have a shortage of men that want to sleep with me, but when it comes to that awkward conversation of moving it to the next level, I seem to always be let down.

I’ve concluded that the guys I talk to don’t want to date me because I’m black and fat, but they will want to sleep with me.

I often just feel used. I know what you’re thinking – this is a big claim. But when I look at my fellow black sisters around campus, all but a small sample is single.

Why is this? It’s frustrating because if my race is going to stand in the way of me finding love, that’s really going to suck.

So, I decided to look at the internet and find out if I’m crazy or not. Turns out, I’m not.

ABC News published an article titled “Single, Black, Female—and Plenty of Company” by Linsey Davis and Hana Karar. The article is centered around Nicole Marchand, a prosecuting attorney in Atlanta, and soon-to-be candidate for state court judge at the time the article was published.

Marchand is just one example of many successful beautiful black women that are single: She’s 31 and wants to marry someday with no available man in sight.

As it turns out, 42 percent of U.S. black women have never been married — double the number of white women who’ve never tied the knot, according to the article.

There are a lot of factors to this discrepancy beyond just looks and overall attraction. There are 1.8 million more black women than black men in the U.S. and even of the black men out there, 17 percent are unemployed, and 8 percent are incarcerated, according to the article.

These numbers apply especially to black women that are seeking a male partner that is black. More and more black women are being forced to look outside their race to find love, but I know firsthand what it’s like trying to date outside your race.

It’s hard. I recently stopped talking to a guy that I’ve known since my freshman year. He was a cute ginger I was crazy about. We met on Tinder, where I met most of the guys I talk to.

We hit it off and hung out a lot that semester and I really wanted to be with this guy. Summer came and he promised to visit me but never did.

When it was my birthday, he promised he’d drive down to visit me, but instead he removed me on Snapchat, and it hurt a lot.

I was confused and hurt.

The following semester we had a class together and would dodge each other’s eyes. When the class ended, he finally reached out. It turns out, he was talking to a white girl while we were talking and is currently dating her. He swore up and down he wasn’t ready for a relationship.

I guess he was ready, just not with me. So, it’s a lose-lose situation. There’s a low quantity of black men, and nonblack men don’t often take the idea of dating a black woman seriously.

I hope that in the future my fellow sisters don’t have to deal with this pain and society will change.