Price of Cougar Gold Cheese to increase next year 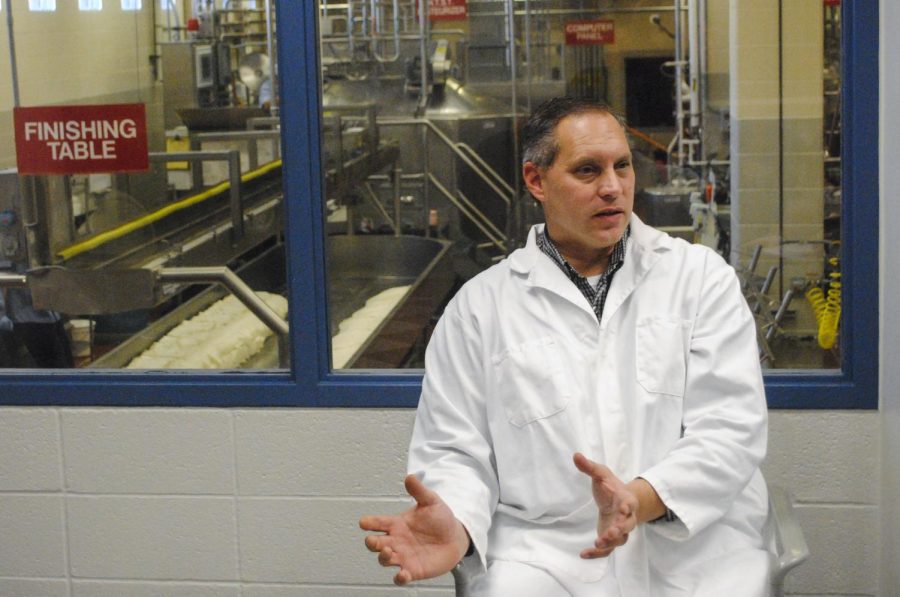 WSU Creamery manager John Haugen said the WSU Creamery has been ramping up cheese production and making two batches every Monday and Tuesday. One batch of cheese fills 800 30 oz. cans.

The cost of Cougar Gold Cheese is rising to help cover the cost of the new WSU Plant Sciences Building that is part of the College of Agricultural, Human and Natural Resources Sciences.

Brandon Schrand, interim director of marketing and communications for CAHNRS, said next year a 30 oz. can of Cougar Gold will cost $24, up from $22 per can this year.

He said the extra money will help make up the difference between what WSU requested from the state legislature for construction versus what the state gave.

“The proceeds have always gone to fund student learning and education,” Schrand said.

In 2017, WSU requested $66 million to fund construction but Washington state approved $59.1 million, including design and planning costs, according to an Evergreen article.

The original plan would have left the top two floors of the building empty to save money, according to an email from WSU News writer Robert Walcott. Costs for materials and labor have increased, which prompted CAHNRS to find new sources of revenue like Cougar Gold sales.

Schrand said the production of Cougar Gold will also increase. Next year the WSU Creamery aims to produce 300,000 cans of cheese, up from 237,000 this year.

WSU Creamery manager John Haugen said to reach this production goal the creamery has been gradually increasing the number of batches since February. More students have been working to meet the goal without upgrading equipment or expanding production facilities.

Typically, the creamery produces one batch of cheese per day, but it has been making two every Monday and Tuesday, he said. They hope to produce two batches every Wednesday as well.

Each batch of cheese is enough to fill 800 cans, he said.

Walcott wrote that it costs the WSU Creamery $18 to produce each can of Cougar Gold.

Haugen said because Cougar Gold is aged for one year before being sold, sales goals and limits are based on the number of cans produced the previous year.

Some of the challenges that come with meeting higher production goals are more frequent equipment maintenance and managing a larger staff, Haugen said.

“Our primary product that we focus on is the college students’ work experience that they’re getting while they’re working there,” Haugen said. “And the cheese and ice cream are secondary to that.”