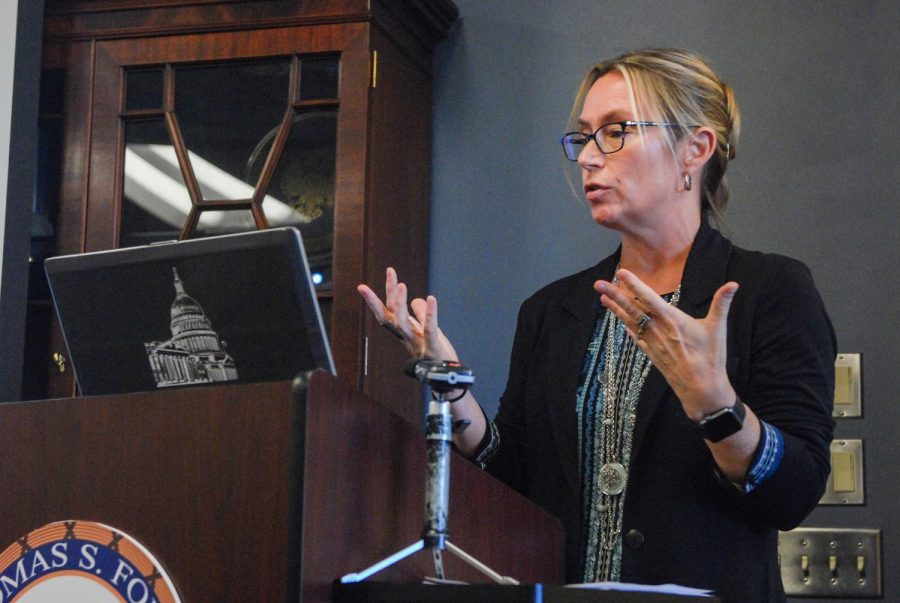 The Foley Institute hosted the head of the philosophy department of Pennsylvania State University, Amy Allen, to discuss how psychoanalysis theories apply to right-wing populism and political polarization in countries like the U.S.

Allen said psychoanalysis can offer critical theorists well-developed theories to understand political movements, such as the authoritarian populist rise occurring in many countries in Europe as well as America.

She said the danger with using psychoanalysis is that critical theorists tend to condescendingly characterize political ideologies they disagree with as abnormal. Allen said it can be problematic when critical theorists present themselves as more mature, autonomous and righteous than their political opponents.

She said the dismissive approach to explaining right-wing populism is wrong and counterproductive. She said populism is reacting to a real crisis.

“Right-wing populists do have genuine grievances which deserve to be validated,” she said.

Klein outlined two psychological positions that people tend to transition to and from throughout their lives. These two positions are heavily related to infant development but manifest themselves throughout peoples’ lives.

The first is the paranoid-schizoid position, characterized by high-persecutory or paranoid attitudes of distrust.

Allen said these paranoid attitudes are represented by right-wing populists in America because of fears of being left behind by globalization or fears of being disadvantaged by immigrants.

This position is not regressive, but rather a way of relating one’s self to others in periods of extreme stress and anxiety, she said.

She said President Donald Trump is good at exploiting this persecutory anxiety and using it to fuel political polarization.

The other psychological position is the depressive position. Allen said this one accepts a more integrated experience of self and is more comfortable with ambivalence and uncertainty.

“Deliberation not to change people’s views but rather to change their views of others and others’ views,” Allen said. “This does not mean withholding judgments about racism and misogyny but trying to understand, not justify, why people hold such views.”

Allen said a mature political view is one that accepts loss and trade-offs.