Schulz criticized for lack of transparency about provost

WSU will appoint two co-chairs to a provost search committee 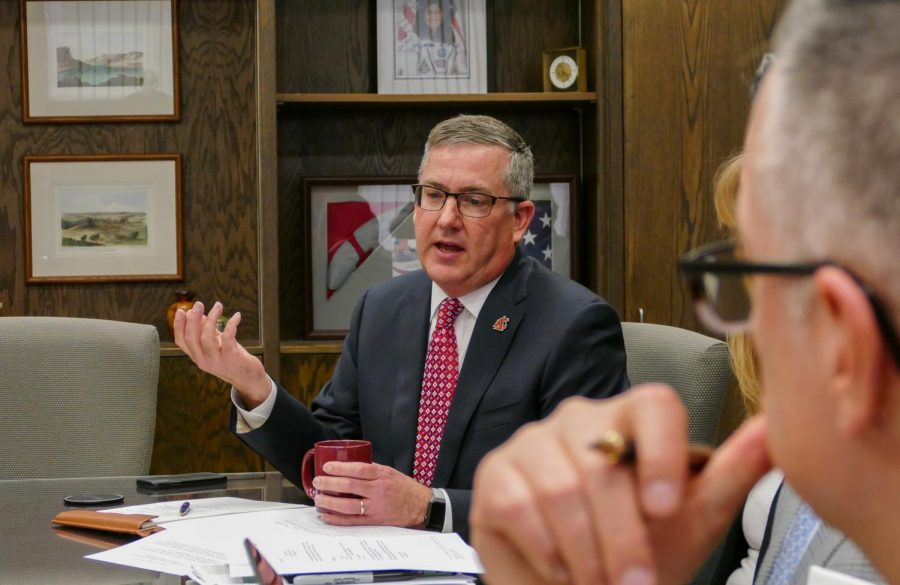 WSU President Kirk Schulz publicly spoke about the departure of former provost Mitzi Montoya for the first time during a WSU Faculty Senate meeting on Thursday.

Schulz said that Bryan Slinker, interim executive vice president and provost, will not replace Montoya permanently and plans to retire on July 1.

“Bryan said he’s not interested in just sitting in the office and keeping the trains running on time,” Schulz said.

WSU will assemble a search committee and select co-chairs within the next two weeks, Schulz said. A vice president and a faculty member of “significant stature” will be co-chairs.

Vilma Narvarro-Davis, senator for the College of Arts and Sciences, said the cost of the national search should be made known to the senate. She said she was concerned about communication between the search committee and faculty.

The estimated cost of the national search is not yet known, Schulz said. The university will only have to pay travel fees if it uses Issacson-Miller, the same firm that helped choose Montoya.

He said this leadership change will not halt any difficult conversations or projects that have major effects on WSU as an institution.

Schulz said one challenge faculty and academic leaders face is that system-level roles for positions like deans, chancellors or vice presidents are not explicitly stated. Defining those roles in a collaborative way and making them clear is an ongoing process, he said.

Mike Griswold, senator for the College of Veterinary Medicine, asked Schulz if he thought there was a problem with the WSU search process because this is the second national search this year.

Schulz said it was an interesting question to which he did not know the answer. When only two candidates remain, some colleges send a team to each person’s campus to collect feedback from colleagues who were not listed as references.

He said the search committee may consider doing this extra step when it examines candidates for provost.

Donna Potts, senator for the College of Arts and Sciences, said she hopes the permanent provost is committed to shared governance because when she came to WSU in 2013 there was little communication and transparency

The Senate also approved a change to its constitution to allow one faculty representative from the WSU Everett campus. Before this change, WSU Vancouver, Tri-Cities and Spokane had representatives but Everett did not.

Every action and discussion item was approved unanimously without conversation, the full list is available on the faculty senate website.

This story has been updated to correct the spelling of Bryan Slinker’s name.