Cougar soccer gets chopped by trees 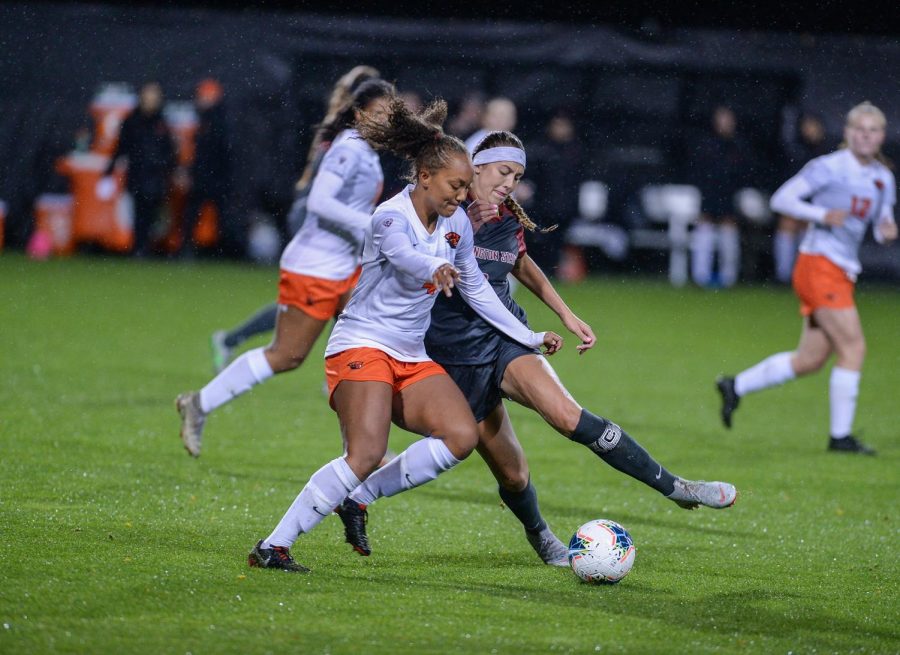 Senior forward Morgan Weaver takes control of the ball against OSU on Sep 28 at the lower soccer fields.

The score for Washington State consistently is usually between one or two goals, but for the first time this 2019 season was not the case against Stanford.

The winning streak continued for Stanford as they finished the match against the Cougars with their 31st consecutive win.

Macario, who won the MAC Hermann Trophy and was the TopDrawerSoccer Player of the Year in 2018, surpassed Louisiana Tech’s Autumn Woodards’ 13 goals.

Stanford had 26 shots on goal while Washington State only had six. WSU Graduate goalkeeper Ella Dederick had nine saves during the game.  Both teams each had six fouls against each other.

Smith tapped the ball around WSU graduate goalkeeper Ella Dedirick for the finish. This was her fourth goal of the 2019 season.

With only 10 seconds left in the first half, Macario scored off a penalty kick goal for her 13th of the season to tie first in the nation with Louisiana Tech’s Autumn Woodards’ goals per game.

At half time, Stanford’s head coach Paul Ratcliffe said that WSU is an aggressive team and that the Cardinal team must match WSU in the next half.

“We have to match the intensity,” Ratcliffe said.

Washington State tested Stanford in the first half, but took over the second half.

In the first 17 seconds of the second half, Stanford’s offense came out aggressive with a goal from Haley, assisted Smith and Macario for her 5th goal of the season.

Stanfords trio, Haley, Smith and Macario, did it again in the 70 minute for their team as Macario finished her 14th goal of the season on a break away from close range.

In the 74 minute senior forward Morgan Weaver just missed the back of the net hitting the crossbar from a header after a cross.

Washington State will face No. 20 Cal at noon Sunday in Berkeley, California.