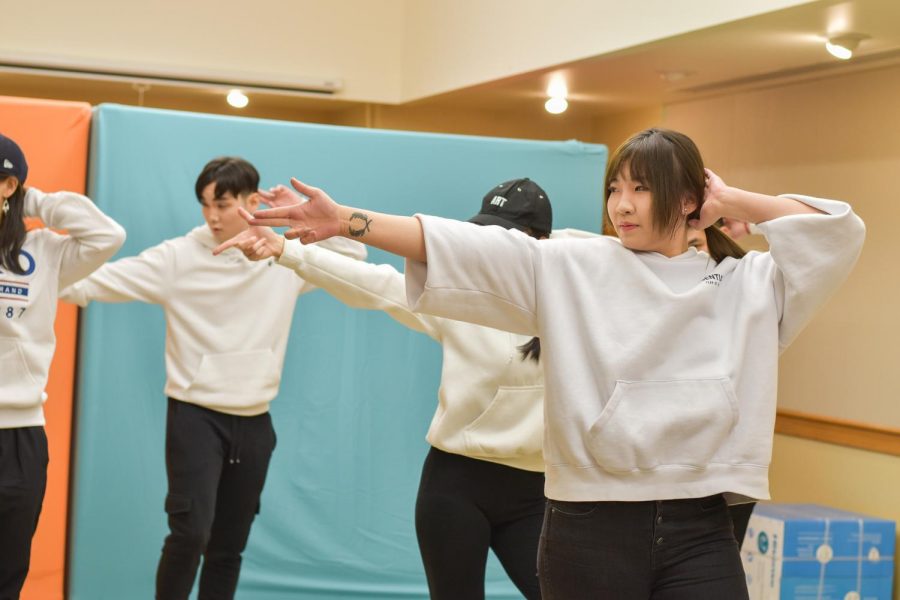 A group of students prepare for their performance at the Chinese Students and Scholars Association on Saturday night in the CUB auditorium.

The Chinese Students and Scholars Association celebrated the Mid-Autumn Festival at WSU in remembrance of traditional values, unifying relationships and diversity on campus.

WSU CSSA President Zhuocheng Huang said he felt that this event brought the community together and made it known to the Asian foreign exchange community that they aren’t alone. The CSSA also used this event to promote cultural diversity on campus.

The purpose of these events is to make Asian exchange students “feel connected, even outside their country, outside their culture,” Huang said. “We want to use this event as a bridge to connect them with the WSU community.”

Community members went to the event to learn about the Asian community as well as the history of the Mid-Autumn Festival, such as the fact that the festival originated in 1600 B.C. in China to honor the harvest season and the moon.

This was the newlywed’s first outing as a married couple, and it was interesting for them to learn about other cultures, Kazbekov said.

To help promote cultural diversity, the CSSA combined traditional songs and performances along with original and modern content.

The gala opened with a performance on the guzheng, a traditional Chinese instrument, by Xidan Zhang. Her fingers glided across the strings, filling the room with the gentle and fast-paced notes coming from her instrument.

The music switched from traditional to the upbeat modernism of K-Pop as Haoxuan Wu, Ziyi Liu and Zirou Xiao entered stage left. The girls danced to a K-Pop mix titled “Boom” that they choreographed themselves.

While the performances were different, they all held the same common theme of family unity, which this festival was centered around.

The WSU CSSA has been putting this event on for about seven years, Huang said. They also host similar events like the Spring Festival Carnival.