Cougars kill it in Canada 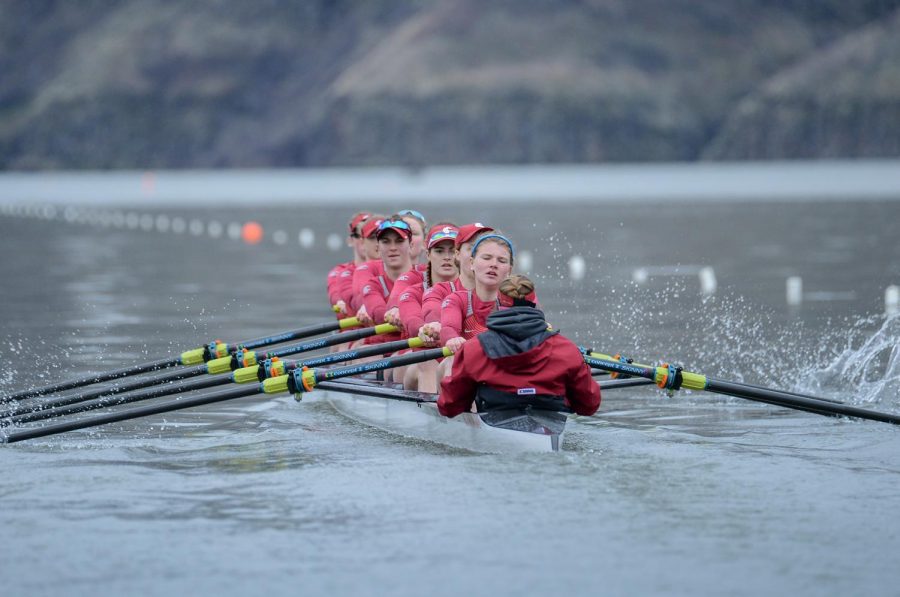 WSU women’s rowing took the competition up to Canada on the first road trip of its fall season this weekend.

Five of the seven WSU pairs and one of the two singles qualified for the 250m sprint final in the afternoon.

For the Women’s Senior 2- event, the boats finished with a good performance as they finished the event in second, third, fourth, fifth, sixth, eighth and 12th place out of 13 different pairs total in the event.

The WSU pair of senior Rosalina Torcivia and junior Jessica Norris finished second in the event with a time of 16:14 minutes, only 19 seconds behind first place.

“I was really happy with it,” Norris said. “We were up against some really tough competition.”

The University of British Columbia pair that won the race qualified to train for the Canadian National Team in a regatta last week.

“From the start, we knew we needed to attack the race the entire time,” Torcivia said.

Freshman Caitlin Donaldson and junior Kateryna Maistrenko finished third with a time of 16:37 minutes. The pair was 23 seconds away from the Torcivia/Norris pair ahead of them. Sophomore Gabby Hannen and junior Emma Gribbon finished fourth, less than .1 second slower than Donaldson and Maistrenko.

The pair of sophomore Samantha Schmidt and freshman Madeleine Pollard and the pair of senior Kamila Ondrackova and senior Isabella Cristelli rounded out the pairs to qualify for the final.

In the Women’s Senior 1x event, senior Renee Kemp took fifth place with a time of 17:57 minutes. Freshman Laurita Nemeraviciute took 10th place with an ending time of 18:53 minutes. Sophomore Megan Duthart finished the event with a scratch which resulted in undocumented time.

WSU will return to Washington for its next event Oct. 19 for the Head of the Spokane on the Spokane River.