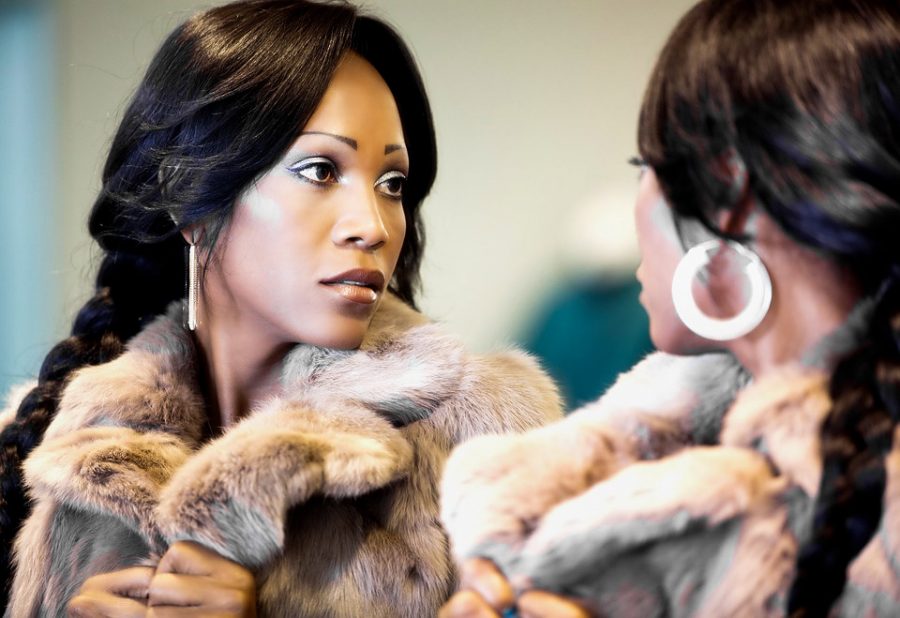 Stereotypes that target black women are nothing new, but they can hurt confidence while dating, especially dating outside of one’s own race.

When I was in fifth grade, “The Diary of a Wimpy Kid” by Jeff Kinney was extremely popular — almost everyone on the playground had a copy.

In the story, a piece of moldy cheese is left on the playground of the fictional school. Whoever touched the piece of cheese had the “cheese touch” and was automatically alienated by the rest of the kids on the playground.

At the time, I thought this was the funniest thing, until something similar happened to me. One day at recess, these two white boys tugged on one of my braids, then his friend yelled “eww.”

That’s when the “Pere touch” started. At first, I thought it was funny and would chase after them. As the joke continued, it started to get less and less funny and it carried into the classroom after recess.

I heard whispers from kids near me, saying that if anyone touched me, they would get a disease. I remember running to the bathroom crying.

I didn’t understand why this happening to me. That night I told my parents what happened, and the following day, I remember my dad was beyond mad. He called the teacher.

The two boys were forced to apologize to me that same day. Looking back on it now, I know I was singled out because of the color of my skin.

I’ve always had a love and hate relationship with my blackness. I was raised to take pride in it, but as soon as I walked out my front door, I was taught to be ashamed of it.

This is a phenomenon that is all too familiar among other black women.

As I got older and started to come into who I am as a person, I stopped letting the subtle racism slide past me.

In my dating life I gravitate toward white men — I don’t know why, you just like what you like.

Because of my interest in men outside my race, I cannot count the number of times I’ve heard “I’ve never been with a black girl before,” “you’re such a beautiful black woman,” or “you’re so exotic.”

While many people outside my race might not find any problem with these statements, the truth of the matter is that they are toxic to a black woman’s self-esteem.

The idea of being no more than a fetish is all too real when it comes to dating outside your race, and I often feel as though sometimes all men see is my color and not me. It hurts.

There are so many negative stereotypes placed on black women. I don’t even know where to start.

How about the depiction of black women in the media? Or the toxic rhetoric of the stereotypical angry black woman?

I am sure you can think of plenty more — you’ve no doubt heard them yourself.

An article called “Stereotypes of Black American Women Related to Sexuality and Motherhood” published in Psychology of Women Quarterly explains this.

The author, Lisa Rosenthal, wrote that stereotypes lead to inaccurate overgeneralizations to all members of a group and to ignoring other important information about the individual character.

All this ugliness affects a black woman’s self-esteem, especially when dating. I’m either written off before I even say a word or my partners are shocked and claim I’m “different” from other black girls.

However, young black women are starting to wake up and realize our worth.

In 2013, CaShawn Thompson popularized the #BlackGirlMagic movement. In doing so, she created a movement to celebrate the beauty and resilience of what a black woman goes through.

One-step-at-a-time ladies. Black excellence is on the rise and our voices will be heard.