ASWSU VP says she is working to restructure citation methods 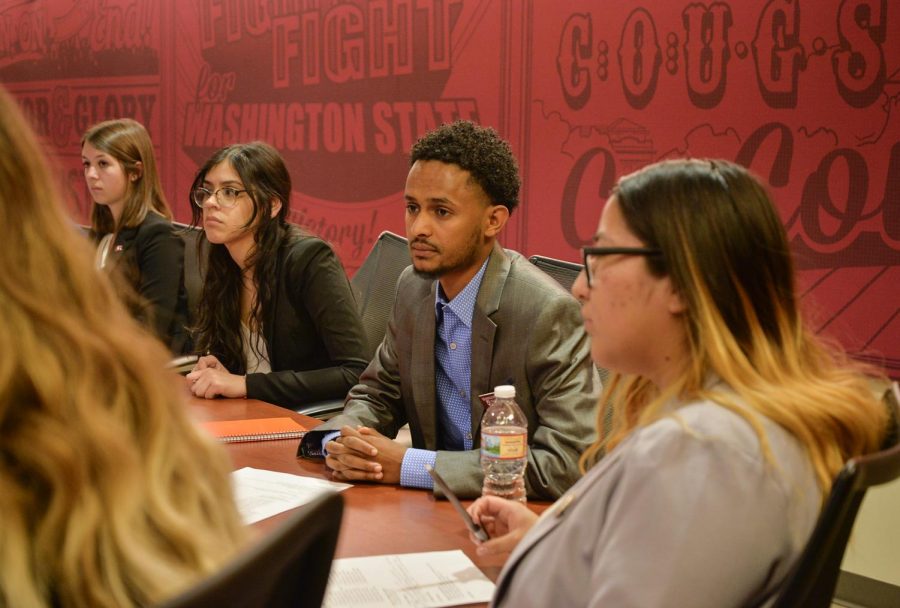 Kebron Gebru, an all-campus senator of ASWSU, expresses his concerns about the protection that students of color get from false accusation by Pullman both on-campus and off campus during the ASWSU meeting on Wednesday evening at the CUB.

ASWSU discussed the ongoing investigation WSU Police is conducting regarding the disparity in arrest rates among black students during last night’s senate meeting.

ASWSU vice president Jhordin Prescott said she is working with Administrative Sergeant Dawn Daniels to restructure and improve the process of issuing citations.

The department currently issues citations that must be paid, but do not appear on a student’s public record, Prescott said.

Senator Hannah Martian said she was concerned that citations would not fix the arrest rate problem and that it was an oversight from the department.

“I’m not concerned with what the punishment is, but how it’s given out,” she said. “What’s to stop people of color from being targeted and given more citations.”

Senator Diana Sotelo said ASWSU needs to continue to press the issue to the department because of the slow rate of change that occurs in the criminal justice system.

“I don’t think we should ever forget about the article and those statistics,” Prescott said. “We need to be vigilant and make sure our voices are being heard.”

Francisco Ochoa, director of inclusion, diversity, and veteran affairs, said he’s working with ASWSU’s communications team to make a Halloween video. It will play in the CUB and calls for people to avoid cultural appropriation when choosing their costumes.

The Senate will also host an event next week on Oct. 18 that will give students the opportunity to meet with their senators.

Senator Brenda Avila said the event will take place in the Chinook and Panda Express will cater. It will function as a speed-dating occasion where senators can quickly meet with students that attend.