Pair recognized for commitment to work with immigrant families 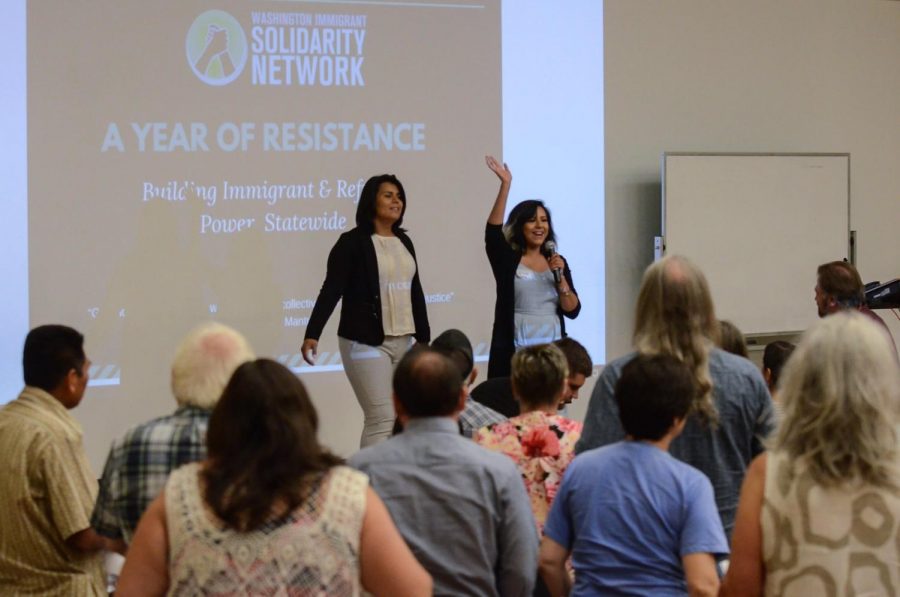 Brenda Rodriguez and colleague Monserrat Padilla will be honored at the Imagine Justice fundraiser on Oct. 16.

Padilla, westside coordinator for WAISN, said it was very humbling to be recognized as two young immigrants doing work that helps the community. She is also humbled that more people are showing support and sharing the visions that her and Rodriguez have.

Rodriguez said that during her final year at WSU she wrote a paper on Padilla and the work that she had done for the community, so she’s grateful to now be receiving an award with such a prevalent person.

A lot of the work Rodriguez does with WAISN has been on the ground visiting communities in Central and Eastern Washington, she said. She has learned about what happens in those communities regarding immigration issues.

“It’s nice to see that some of the work we do here on the ground is being recognized,” she said.

Rodriguez has been working with Columbia Legal Services particularly when it comes to issues regarding courthouse arrests, she said.

“ICE is conducting arrests all across the state and they are targeting courthouses, so when people are going or leaving the courthouse, they are arrested regardless of why they are there,” she said.

Rodriguez said her personal background is what motivated her to do the work she does now.

“I’m somebody who migrated to this country at the age of 9, who comes from immigrant parents and family,” she said. “I was often at times ashamed of my own immigration status.”

Under the current federal administration, she said she knew communities like the one she grew up in would be attacked and targeted.

“For me I started doing this work out of survival. I wanted to not only protect myself, but I wanted to protect my family and the people that I know who have been in this country for decades,” she said.

Padilla said that when you come from a family that has lived with challenges and displacement you get to see a different world that many other people do not get to see.

She said that she grew up with a similar background to that of Rodriguez and worked toward a career in helping immigrants.

“My mother worked in a sweatshop for 20 years, being pushed into horrible labor conditions and made very little money just to provide for her three children,” she said.

Rodriguez said she wants to continue doing immigration work for a few more years. She said the work she does now allows her to play several roles.

She does hope to find one area that she can focus on and invest more time in, she said. She also wants to pursue higher education in the future.

“Right now, going back to school is something that I would like to do, but I can’t do knowing that on a day-to-day basis people are being arrested trying to exit the courthouse and families are being torn apart,” she said.