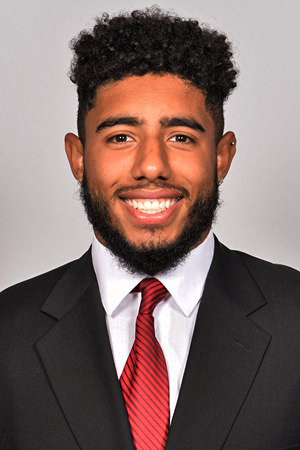 This comes off the heels of Tracy Claeys, former two-year defensive coordinator, abruptly resigning from his position this past week. Claeys stated in a tweet this last Friday that the reason for his departure is a difference of opinion of how to fix WSU defense’s problems.

Dale, who graduated from WSU this spring, worked back at his New Orleans home and considered playing in the XFL before accepting the position at WSU.

While a player at WSU, Dale lead not only on the defense, but also with the defensive backs. He helped the team achieve a 11-2 record last year, the best in WSU history. He started in 26-straight games for the Cougars for both the 2017 and 2018 season.

Football head coach Mike Leach named linebackers coach Roc Bellantoni and corners coach Darcel McBath as co-defensive coordinators after Claeys’ departure. Bellatoni will be in the coaches’ booth while McBath will be on the sideline during this Saturday’s game.

WSU currently ranks 107 out of 130 FBS teams in total defense and surrendered 101 points in the two Pac-12 games they played this season.

Dale already returned to Pullman and made his impact known on the field at practice Thursday.