Columnist talks Cougars new but old defense, here's what he expects this weekend 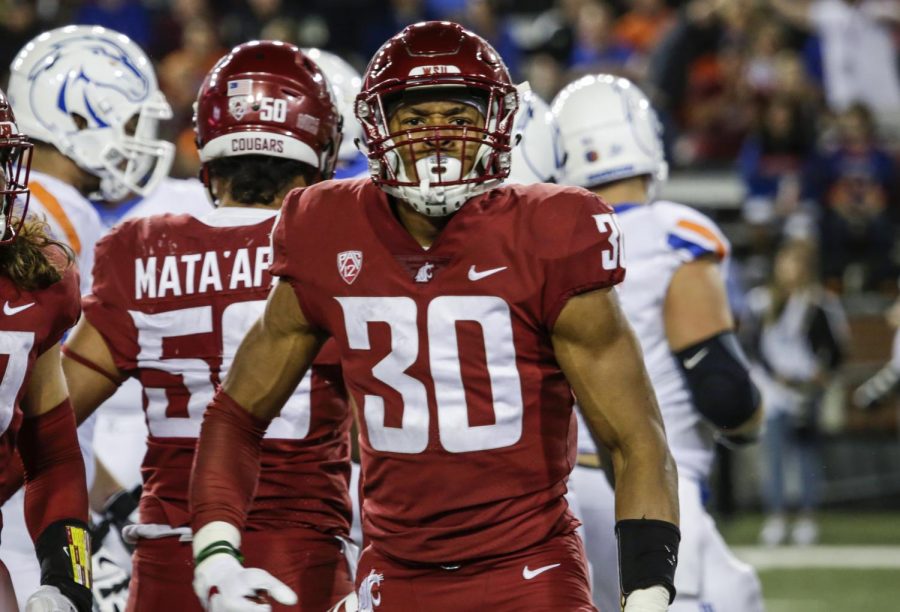 After dropping their last two games, the Washington State Cougars decided to shake up their defense.

Defensive coordinator Tracy Claeys announced on Oct. 4 he would be resigning from his position. This could signify a return to the same brand of defense the Cougars employed the past couple of seasons.

The Cougs built their defense the last few seasons on being able to get to the quarterback and create turnovers. Those have been two areas this year’s iteration of the Speed-D have been lacking.

The fumble recoveries are misleading as they have not recorded a single fumble recovery in Pac-12 play. They have benefitted from sloppy play from their nonconference opponents, which suggests this pace is not sustainable.

The root of these issues stems from the pass rush. If they are not creating pressure then the opposing quarterback is able to sit in the pocket and wait to find a receiver that gets open. That leads to a lack of interceptions and turnovers overall.

Look for the new defensive scheme to emphasize rushing the passer and trying to get their sack numbers up on the season. If they are able to do that they should create more rushed and errant throws that result in interceptions.

This year they have been bending a lot more than usual and breaking more frequently.

The new-look defense will need to address this problem before they do just about anything else. If the defense focuses on tackling and getting to the ball carrier then expect this number to go down and the defense to look much more improved.

WSU is also giving up points at an alarming rate, 30.6 points per game, good for the 100th best scoring defense in the country.

Even though this discrepancy is not as alarming as yards per game, it is still a concern.

The new defense is going to have to put a lot of effort into holding their own in the red zone. When the opposing team gets inside the 20-yard line, the Speed-D needs to make sure they keep them out of the endzone and limit them to a field goal, or even better force a turnover.

If the defense can fix those key issues, then they have a chance to get back to the ideal iterations of the Speed-D.

Fortunately for the Cougs, the first test for this defense should not prove to be too difficult.

WSU will face off against the Sun Devils of Arizona State in Tempe, Arizona. ASU has been the 88th-best team in yards per game with 376.8 yards per game.

The Sun Devils are also only averaging 22.8 points per game, so they are not a huge threat to light up the scoreboard.

One thing the Sun Devils have done well this season is take care of the football. They are 19th in the NCAA in turnovers per game, averaging less than one per game.

Their quarterback Jayden Daniels takes especially good care of the ball. He has thrown only one interception in five games. That gives him an interception on less than one percent of his passing attempts.

In comparison, Anthony Gordon has an interception on two-point-five percent of his passing attempts, which is not bad by any means.

The Cougars are going to have to force Daniels to make mistakes if they want to win. They need to find a way to create pressure that leads to either drive-killing sacks or momentum-shifting interceptions.

WSU should be able to slow down, or even shut down, the offense of the Sun Devils and set the tone of this new-look defense for the rest of the season.