Ike Michaels, you have one hour to return my pencil you heathen 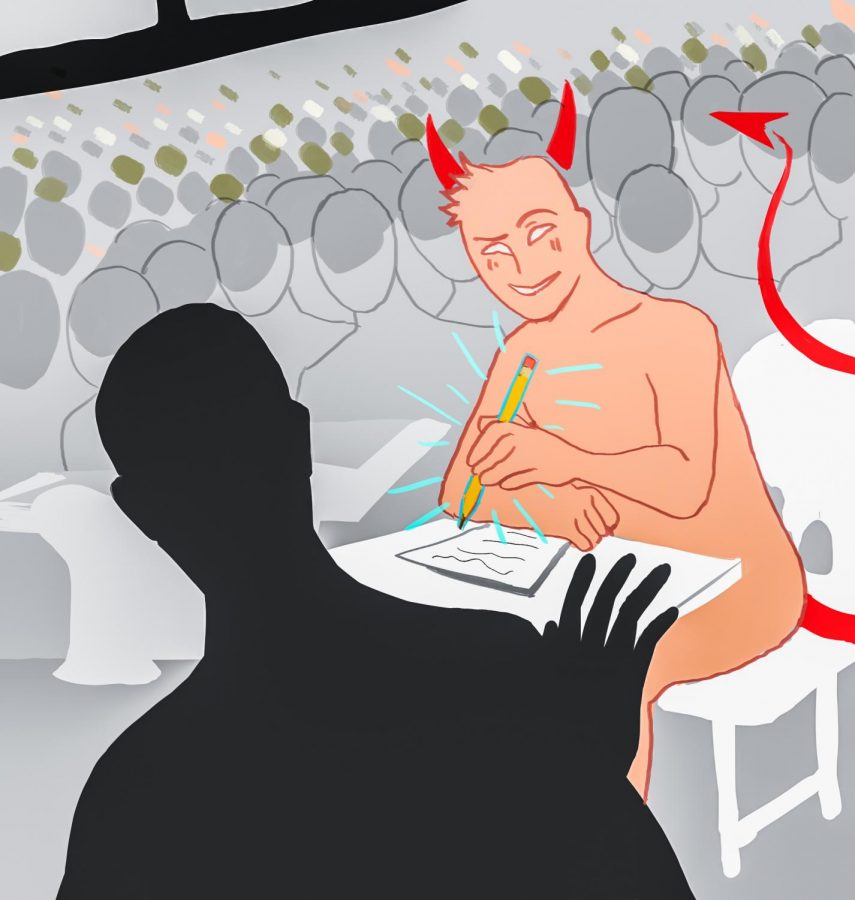 Where’s the decency anymore? Just give my pencil back.

We all respect the things we own and most of us try to respect what other people own, but what do you do when people don’t?

Across all schools, there has been a consistent problem where not only will people steal pencils, but the victims will be belittled and shamed for handling the theft of their property with the gravity it deserves.

We can’t keep acting like this. Theft is theft.

Tell me if this scenario sounds familiar to you: You’re in class doing written work when somebody next to you asks if they can borrow a pencil. You, being the generous and giving soul you are, oblige but kindly ask them to return it after class. They agree.

Class ends and perhaps it slips your mind that you gave away your pencil. It certainly slips theirs and you end up walking home one pencil short. A pencil you owned. A pencil you could’ve used.

And god forbid you don’t have another backup pencil.

“Dude, I’ll give you back your pencil,” said shameless pencil-stealing freshman Ike Michaels when asked, nonspecifically, about these sorts of situations. “Stop being passive-aggressive about it.”

This begs the question: Whose responsibility is it to see the pencil is returned by the end of class? Is it the innocent, magnanimous pencil giver who was willing to sacrifice his only other pencil so another student could get an education?

Or is it the lazy, stupid, forgetful pencil taker that nobody could ever love who apparently was able to ask for a pencil and use it all period but couldn’t be bothered to return it?

I think the answer is obvious.

“I, legit, do not care,” said willfully ignorant sophomore Mike Ichaels. “I will give you a pencil if you shut up about it.”

Answers like this don’t get to the root of the problem.

First: A pack of 10 Ticonderoga pencils — supposedly “the world’s best pencil” — costs five dollars at The Bookie. Now, I’m not a math major, or currently passing my math class, but that’s 50 cents a pencil. Fifty cents of my own mother’s money. If I had 50 cents to throw away whenever I wanted, would I be in college?

Second: It’s not just a matter of money; it’s a matter of respect. Of sanctity for other people’s possessions. May I now enter your house and take your fine china? Your dog? Your grandmother? Can I tell you you’re just “being passive-aggressive” and that “I will get you another grandmother?”

Some might call this a false equivalency and an overreaction, but there’s nothing false or overreactive about this. We are going down a dangerous road. Pencil-stealing is normalized and the brave souls who stand up to it are ridiculed.

You all laugh now, but when what you hold precious is taken from you, you’ll remember us who warned you. Us who stood for justice and integrity in the classroom while everyone else was sitting down. Us who put down our lives to stand on the grounds of human decency while Ticonderoga-stealing heathens from Math 105 stormed the beaches. We’ll see who’s laughing when we’re gone.

Or we could all just become communists now.