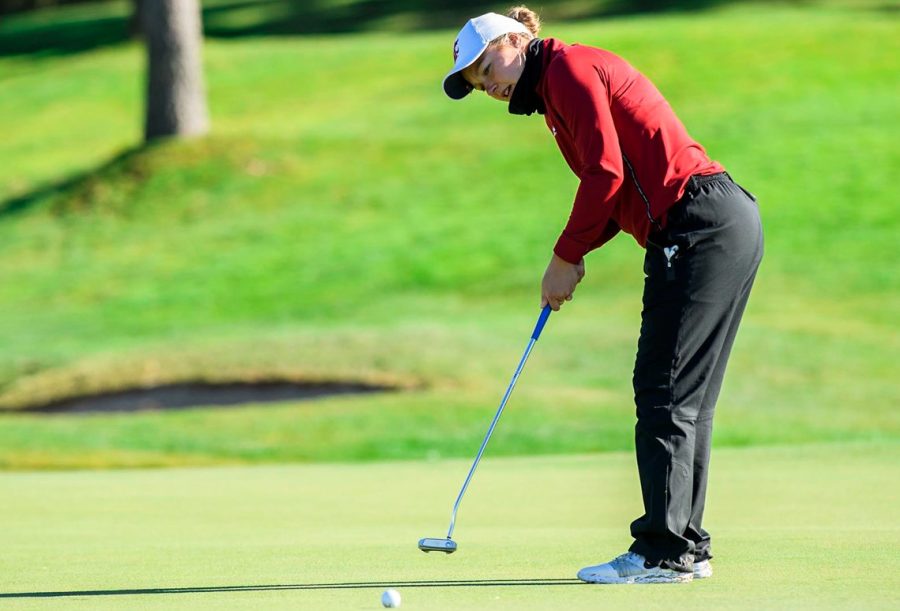 Senior Marie Lund-Hansen lead WSU to a 10th-place finish on Sunday at the Stanford Golf Course.

WSU ended the first round of the intercollegiate in seventh place. The Cougars finished round two in a tie for eighth place and eventually the tournament in 10th with a score of 875 (+23). There were 16 other schools at the tournament.

Leading the Cougars, senior Marie Lund-Hansen finished with a score of 217 (+4) to end the event tied for 26th.

Sophomore Darcy Habgood and freshman Jiye Ham both finished with a score of 220 (+7) in a tie for 43rd place.

The Cougars get a few weeks to practice before they return to action on Nov. 4-6 for the Nanea Pac-12 Preview at the Nanea Country Club in Kailua Kona, Hawaii.