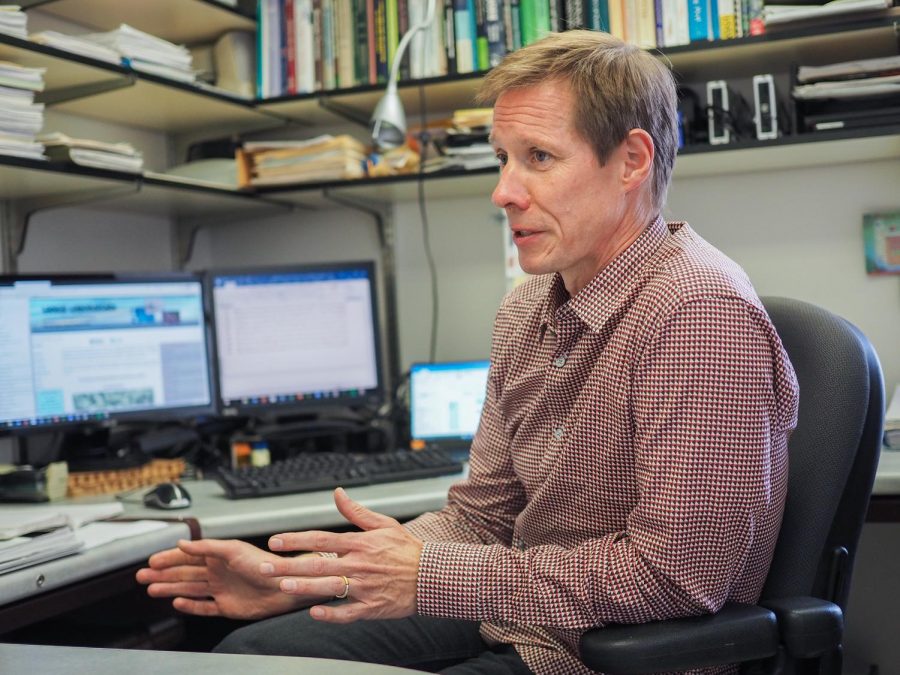 Stanford University the lead institution, WSU, UC Berkeley, UC Davis, and the John Innes Centre in the UK researchers received a $4 million grant to find a way to make the production of Taxol, a cancer fighting drug, more cost-effective.

Mark Lange, professor of biological chemistry, said Taxol is a natural product isolated from the bark of the Pacific yew tree.

Researchers conducted various tests on trees and plants and came upon the Pacific yew tree, which showed the best results in producing Taxol. However, because researchers have to rip the bark off the trees for a minute amount of Taxol, harvesting from the yew tree for extensive research would be unsustainable, he said. To make clinical trails possible, researchers developed a method for the chemical synthesis of Taxol.

The Taxol molecule has been of interest for a long time. A WSU study from the 1990s that was also studying how to find a more cost-effective way to produce Taxol was unfinished, so he wanted to finish it, he said.

Lange said he doesn’t expect the research to be finished in five years. He said he hopes the research team will be able to figure out the tree’s genes that are necessary to produce Taxol faster.

Amber Parrish, associate in research, said she is in charge of keeping cell cultures alive for the research project.

Parrish will use cell suspension cultures from the yew tree to test the conditions under which Taxol is produced at higher levels. They will then study the plant’s genes to determine the candidates for follow-up research.

She said she hopes that the project will lead to providing people with a more affordable and accessible way to receive cancer treatments.

Increasing the production of the drug by producing a lab-made version would be less expensive, more environmentally friendly and would increase resources available for people, Parrish said.

“I hope that we can provide more affordable and accessible ways to receive their cancer treatments for them to live a long life,” she said.