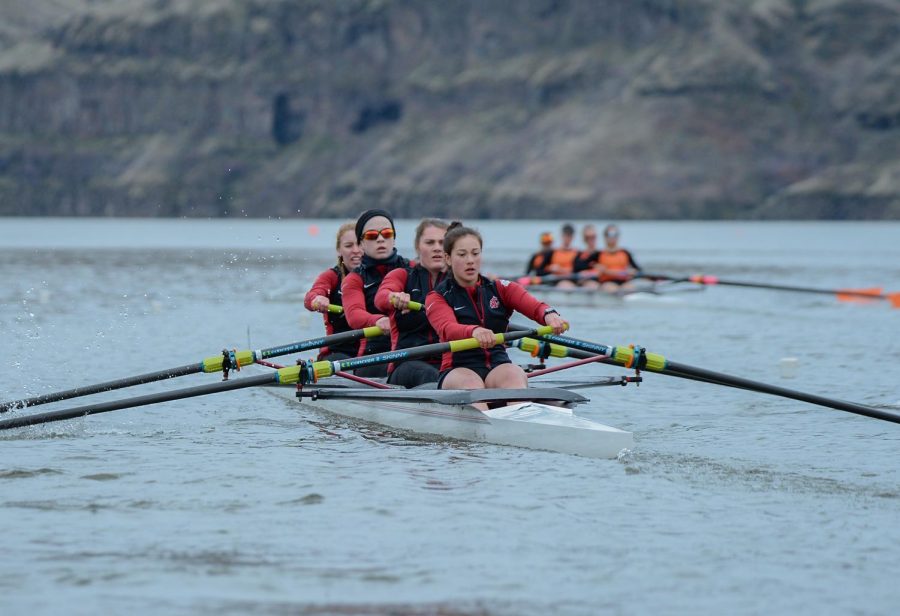 WSU women’s rowing will take on Gonzaga University at 9 a.m. on Saturday on the Spokane River.

This race is a head race. The crews will start in staggered intervals, in which they race both the clock and each other in a time trial. The race will cover a 5,000-meter stretch of the river.

Sophomore Megan Duthart will return to the water for the first time since last spring’s Pac-12 Championships.

“I’m really excited,” Duthart said. “The team’s been working really hard throughout this part of the season. Boats are moving well, and it will be great to get some fall racing in.”

The team’s fall season consists of longer races anywhere from 3,000 to 5,000 meters long before moving into the spring season of 2,000-meter racing.

The last time the Cougars rowed the team qualified five pairs in the final 250-meter sprint of the Burnaby Lake 4k Time Trial in Vancouver, British Columbia. Junior Emma Gribbon, and sophomore Gabby Hannen won the sprint at the regatta.

The crews will begin racing at 9 a.m. on Saturday at the Gonzaga Boathouse on the Spokane River.