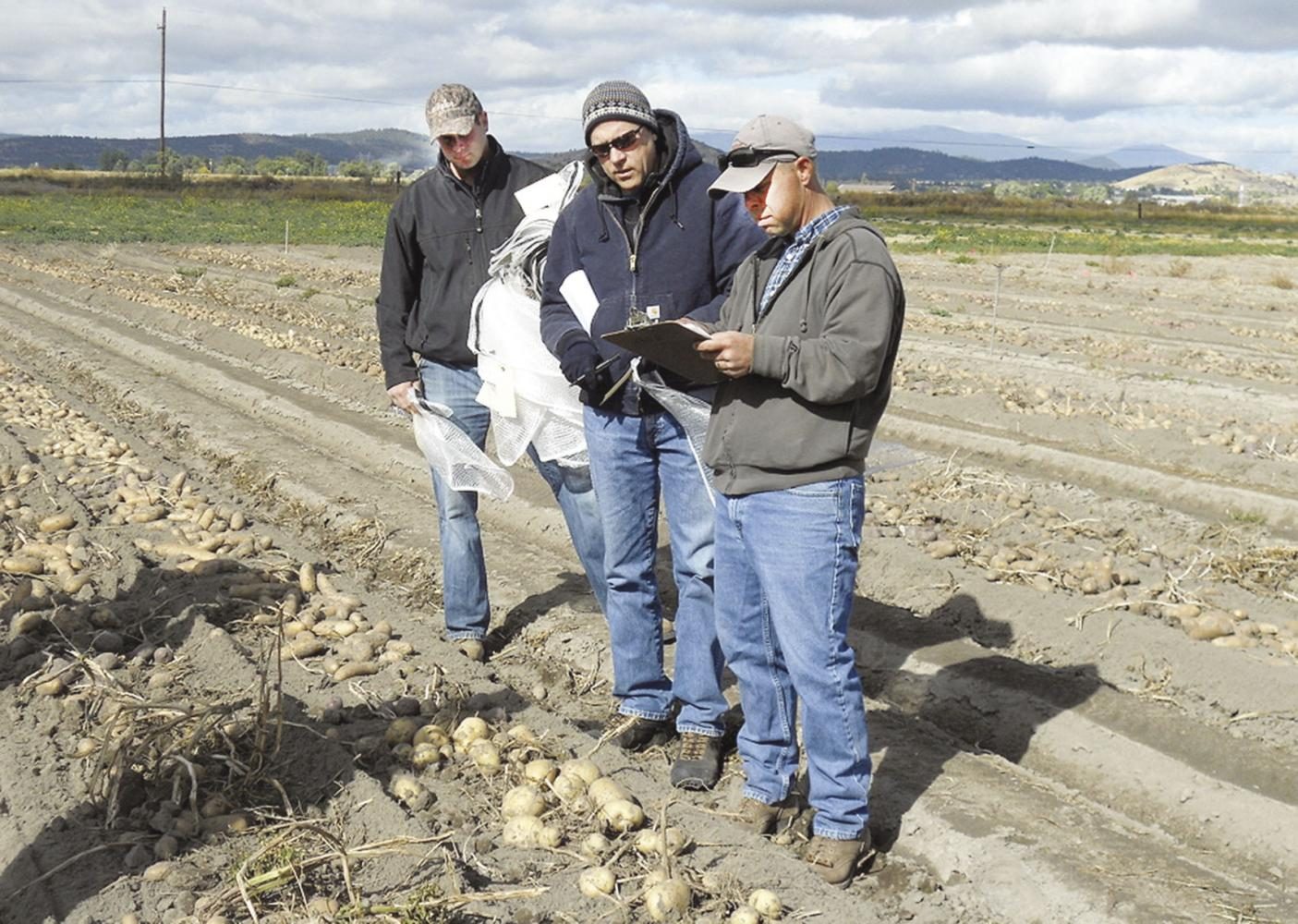 Rick Knowles and Mark Pavek look at the potatoes they’ve grown in their research program.

In the search to find the perfect potato for its iconic french fries, McDonald’s sets the gold standard among researchers and growers, and officials have recently selected two potato varieties developed in part by WSU researchers.

The Clearwater and Blazer russets will join the Ranger and Umatilla russets, which were selected in 2000, as the four potato varieties WSU researchers helped to develop out of the seven total used by McDonald’s to produce its french fries. The multinational fast-food chain selects its potatoes on the basis of traits such as taste, texture, crop yield and storage quality.

The Clearwater Russet not only fares well in production and storage but also has a 33 percent higher concentration of protein than that of the Russet Burbank. The Russet Burbank is a potato variety used by McDonald’s which is regarded as the “gold standard” potato in taste but is weak from a production standpoint.

WSU researchers worked with breeders, physiologists, plant pathologists and agronomists from the U.S. Department of Agriculture’s Agricultural Research Service, Oregon State University (OSU) and the University of Idaho (UI) as a part of the Potato Variety Development & Improvement in the Northwest program.

Rick Knowles and Mark Pavek, horticulture professors and potato researchers, are the two lead investigators in the program. Knowles has been involved with the program since 1999, and Pavek since 2004.

Knowles said this program is the largest and arguably the most successful of the four programs in the U.S., having released 45 potato varieties since it began in 1984. Knowles credits the success of the program to the collaboration between various experts who have worked together to develop new varieties to the point where they are ready for production.

The Washington potato industry is responsible for creating approximately 23,500 jobs and contributes about $4.6 billion to the state’s economy, Tim Boyd, government affairs consultant for the Washington Potato Commission, stated in a Washington State Transportation Commission meeting in April.

The Pacific Northwest, which includes Washington, Idaho and Oregon, produces about 27 billion pounds of potatoes annually. That is more than 60 percent of the nation’s potatoes, and these potatoes are grown on 50 percent of the total U.S. acreage devoted to potatoes, Knowles said.

Potatoes rank third behind apples and wheat in value in the state of Washington, and 87 percent of the Washington crop is processed primarily into frozen french fries.