Cougs weigh in on best day of year; better get your slaphands ready 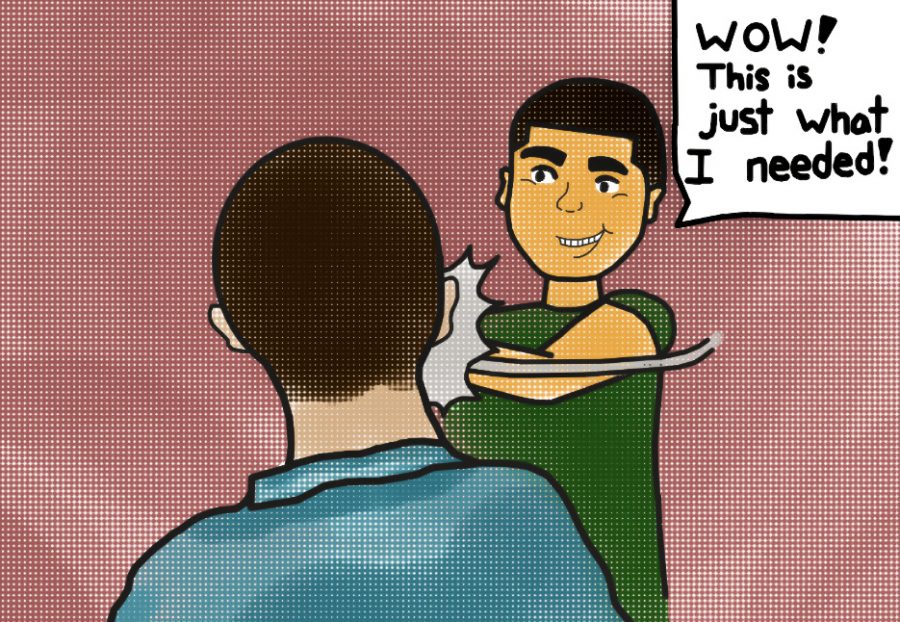 If you have ever seen “The Purge,” a classic film on how allowing violence for one day is an awesome idea that comes with no other issues and won’t result in the total dismantling of society, you should get excited. This one’s for you, Toby in Human Resources.

Today is the day you didn’t know you were waiting for — slap your annoying coworker day. Once per year, on Oct. 23, people everywhere get a free pass to assault their coworkers with all the pent-up anger they’ve saved for the past 364 days.

Sabastian Striker, front desk assistant at the CUB, plans his entire year around what he called a “celebration of freedom.”

“It’s the one day of the year I can actually let these idiots know what I think of them without being reprimanded,” Striker said.

While many WSU students and faculty are taking advantage of the slapping sensation, others want to ban the holiday from public spaces.

“It’s not only a disruption to the workplace, it’s detrimental to team morale,” said Amalia Goodheart, WSU Human Resource Services. “Plus, slapping someone is just flat-out rude.”

WSU HRS is working on a petition to bar National Slap Your Annoying Coworker Day from campus because of the safety issue it presents to the WSU staff members, Goodheart said.

Luke Stabfield, junior psychology major, said the tradition is to help employees release some of the frustration they keep pent up all year long and the potential ban may cause more problems than WSU HRS would expect.

“Disgruntled workers are almost as bad as an angry mob,” Stabfield said. “They outnumber management and the aggression is going to come out one way or another.”

It’s unhealthy to keep emotions bottled up and the national event is a great way to release some steam, Stabfield said.

“We are one step away from the purge,” Goodheart said. “Normalizing this kind of behavior is a slippery slope and needs to be monitored very carefully.”

She hopes that people realize how terrible with holiday and sign the petition to put a stop to the senseless slapping, she said.

The only drawback that Striker sees is the injuries that come along with it, he said.

“It isn’t just hurting the person you slap,” Striker said. “Last year I had to have a brace on my wrist for a week afterward from slapping so many people. But this year I’ve spent the entire week preparing for the celebrations.”

WSU HRS is taking the event very serious, Goodheart said. While the event is not officially banned from campus HRS plans to treat the day like any other and charge participants with assault and disturbing the peace if caught.

“They are taking away our national right to celebrate out anger and take it out on other,” Striker said.