HOTpocketGANG battles against rAman for power in game of recyclable thrones; Pullman disposal trucks to work in overdrive 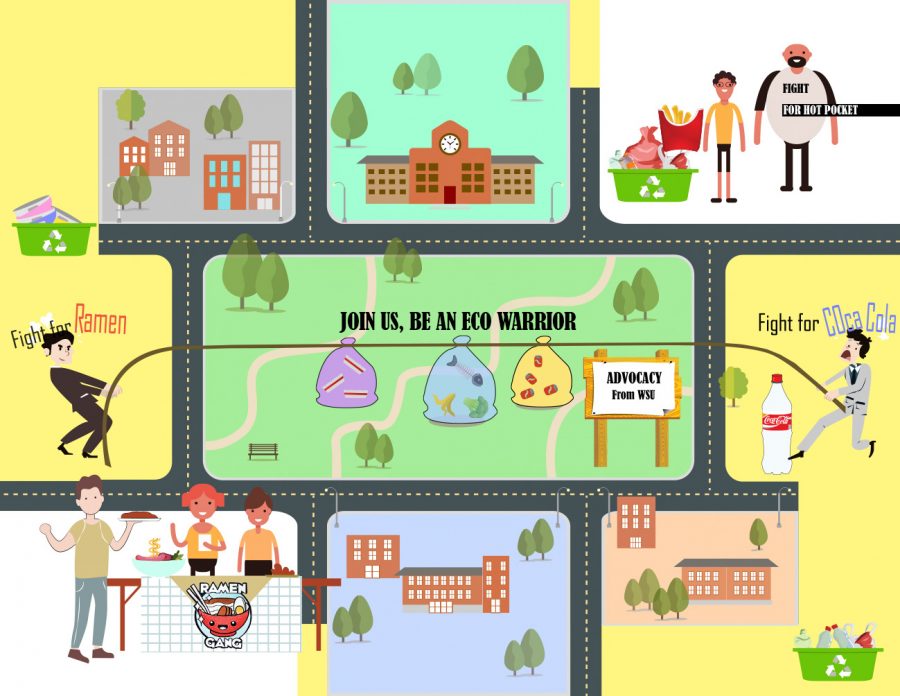 As war for most recycled materials rages on, workers at Pullman Disposal Services are gearing up for the collection of their lives. Who will prevail: HOTpocketGANG or rAman?

WSU has been embroiled in a vicious gang war between rival gangs, each trying to take out the other and take their territory.

Currently the total number of recycled items comes out to almost 100,000.

“How could these monsters do this?” asked engineering professor Robert Nubenhauser. “They consistently come in at gunpoint with their garbage pick-up sticks and demand that we give up all of our recyclables. And if we don’t have any they send us to the recycling pit. Believe me, no one wants to go there.”

These three gangs rose to prominence due to the hatred for the major forms of excess waste created by the three-product represented by each gang.

Each gang only cares about recycling their own respective product, and believe that the others are not even worth throwing in the trash.

“Yah we don’t give a sh-t about those f-cking Coke bottles the Coke GNG has, we just want to free the ramen rappings they’ve been hoarding,” said Naruto Uzumaki, a high-ranking member of the rAman gang.

The gang war has gotten so bad that school has been canceled for the foreseeable future until the proper authorities can clean out the gutter trash of each gang.

Pullman Disposal has been called in to deal with the situation.

“Our job is to come in, and take out the trash,” Cpt. Frank “Dump Truck” Gladstone said.

The disposal units will attempt to throw away all of the contaminated recyclables stockpiled and composed by each group as well as bring the leader of each gang to justice.

We will have to hope and pray, that the disposal units will be able to undo the horror of what the gangs have inflicted upon WSU.

Experts believe that after extraction of gang members, it will take all but a week to turn the grass yellow and the skies smoggy again.