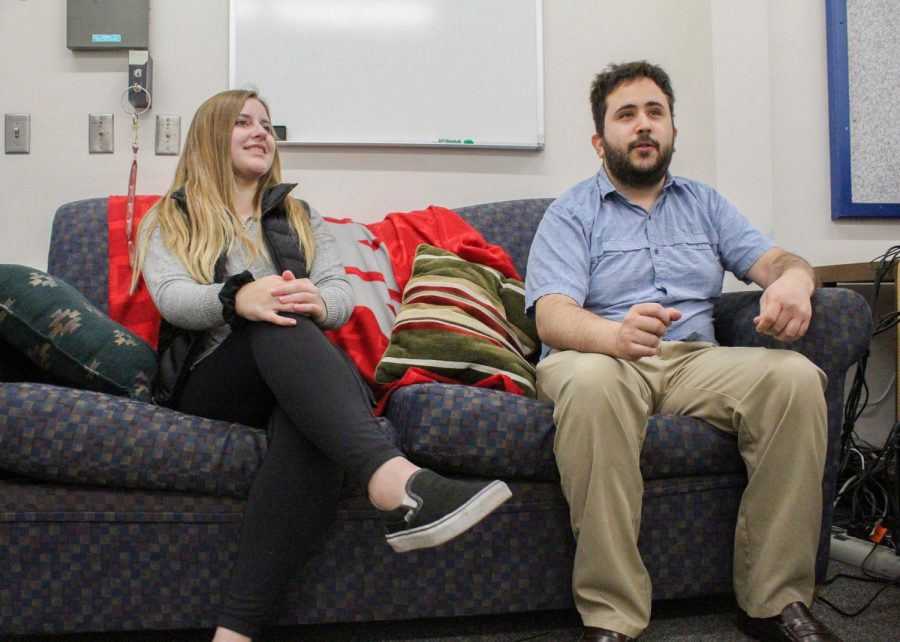 A grayish-green skull perched atop a piano bares its teeth at the ceiling. To its right stands a candelabra, fake blood streaming down it. A disassembled skeleton rests inside of the piano.

This is part of Pennywise’s lair in the Orton Haunted Hall maze, a haunted house on the 12th floor of Orton Hall, said Grace Shauvin, vice president for the Orton Hall Leadership Council.

This year’s theme is ‘IT and His Friends,’ recognizing the new “It Chapter Two” movie that was released in September, Shauvin said.

People will enter the maze, lit only by floor lights, and come across different characters from horror movies, leading up to the encounter with Pennywise in his lair, Shauvin said.

A member of the Leadership Council will be playing the piano for part of the event, adding to the haunted house effect by playing creepy music, said Andy Adler, Orton Hall residential education director.

Shauvin said for the rest of the time, there will be a speaker playing eerie music.

Each year, the Haunted Hall is different. One year, there was an insane asylum theme. In past years, they have hosted laser tag and escape room activities. In its first year, actors used a chainsaw with the blades taken off, which would not be permitted now, Adler said.

No one on the Leadership Council had experience hosting the event before this year, Shauvin said.

“We’re going to try our best to make it scary,” Adler said, “understanding the fact that it might not be scary for everyone.”

It is suggested that people donate one non-perishable canned food item or $1, he said.

The canned food will be donated to Rosario’s Place, and the money will go toward the Leadership Council, which will offset the cost of putting on the event and can be used for future events, Adler said.

The Leadership Council uses the Haunted Hall as a way to collect canned food for food banks, donating to different ones, Adler said.

People should be aware that there will be strobe lights, which can cause seizures, he said.

The Haunted Hall will be open from 8 p.m.-12 a.m. both Friday and Saturday at Orton Hall.