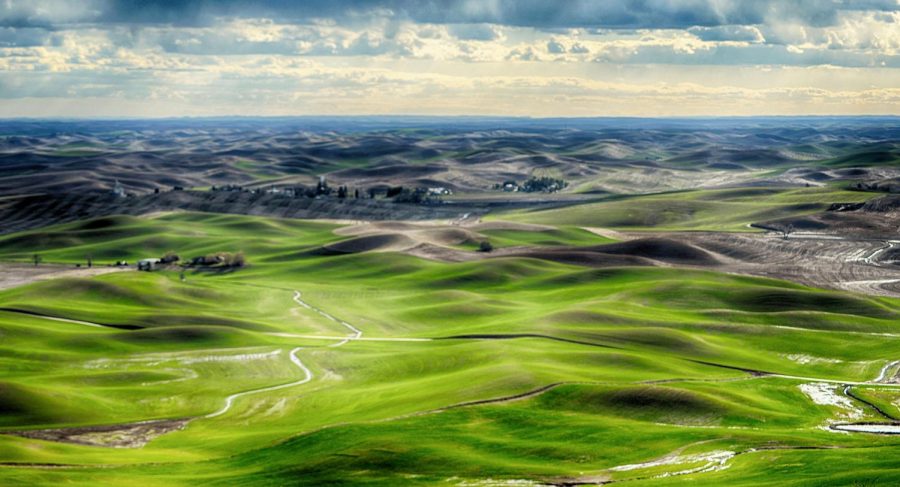 The area pumped 2.3 billion gallons of water in 2018 which is down from 2.6 billion in 1992, according to the 2018 State of the Basin Palouse Groundwater update.

The Palouse Basin Aquifer Committee (PBAC) is focusing on finding water-conserving alternatives to further manage water usage in the eastern region of Washington due to the low levels of groundwater in the Grande Ronde aquifer.

Korey Woodley, executive manager for PBAC, said Moscow, Pullman and Colfax all have met their goals on limiting water consumption and how to limit the usage. Colfax mainly relies on using surface upstream water.

The cities have put a lot of effort into reducing the community’s water use, she said.

Woodley said Whitman and Latah counties, Pullman, Moscow and WSU and the University of Idaho make up PBAC. They have updated the infrastructure to help conserve water, she said, and participate in the Palouse water alternatives decisions.

She said they noticed the aquifer does not refill at the same rate as it is pumping it out.

“I think that there was an assumption that maybe if we did not pump maybe 1.1 percent more than the 1992 pumping number that maybe we would see the aquifer stabilize,” Woodley said.

Woodley said the Grande Ronde aquifer, which provides water for most of the Columbia Plateau, has declined at a rate of 1.5 to 1.9 feet per year.

“We are still pumping more water out of the aquifers, even though we are pumping way less per capita,” Woodley said

Kevin Gardes, Pullman public works director, said the aquifer has been a highly used resource from the eastern region of Washington. He said the communities use less water compared to 27 years ago.

“Even though our population [has] gone up significantly, while we still overuse water, we have cut down on the amount of water people use per person,” Gardes said.

Gardes said one of the tools they are using to monitor water usage in the area in the Smart Meter.

The Smart Meter is a pilot program partnering with AVISTA and it is a way to give the customers information to better manage their utility usage, he said.

The meters are not fully operational because they are placed on a small section of Pullman as a trial period, he said. They have been trying it out for about a year only in the Pullman area.

“Moscow doesn’t have those smart meter systems yet, but I believe that is something that AVISTA and the city of Moscow is looking into,” Woodley said.

Gardes said the Pullman City Council will have to approve the agreement in order to implement the meters all over Pullman, which can take a few years to install.

Woodley said Moscow and Pullman have made great efforts to improve their leak detection systems.

Gardes said the radio-read water meters are set up to detect radio signals down the street away from a house, which can download the water meter data.

The radio-read water meter will help the water department to utilize the communication system to get water meters and to use the information for billing and utility systems, he said.

“[What] it could do is alert you if you have a high-water use, which may be caused by a leak on your side of the meter,” he said.

Gardes said the next steps for the pilot program is continuing to utilize the water meters but to change the radio head, which would still communicate with AVISTA’s smart meter system, he said.

Woodley said the cities have put money into rebate programs to encourage people to put in more water-efficient landscaping, like eco-friendly toilets and showerheads.

PBAC established the groundwater management plan in 1992, which sets different goals for different entities in the area, she said.

Gardes said they want to keep working on the water usage to get to a sustainable level even though people in the Palouse have limited their water usage.

“I think the communities and the universities have done a good job of letting people know that this is a scarce resource that we need to manage well,” he said.

Woodley said it is clear people cannot completely conserve their way out of the problem, but the goal is to ensure a long-term quality water supply for the region.