Local pothead says 'Space Cadet' did him in; children may be affected 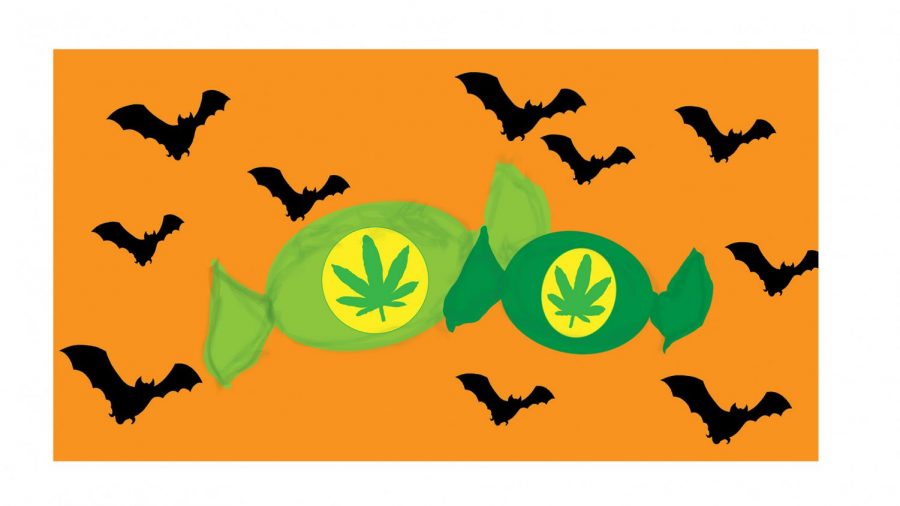 Self-proclaimed “stoner bro” Eric Connolly said he wanted to make one thing abundantly clear: he never meant for the Great Halloweed Scandal of 2019 to happen.

It ended in every parent’s worst nightmare: kids across Pullman ended up with candy edibles mixed in with regular candy. But the events leading up to that, Connolly said, were never planned.

“It was a total mistake,” he said. “Why in the name of Snoop Dogg would I ever waste that much hard-earned weed on anyone but myself?”

Connolly’s former upstairs neighbor in his Military Hill duplex said she never expected the police to link the Halloweed Scandal to Connolly. Afterward, she moved out of the duplex and out of Pullman, and wished to remain anonymous to maintain her public image.

“He was always so nice,” she said. “Every year I could see him handing out these huge handfuls of candy to the kids. He’d really pretend to be scared of their costumes, too — though now that I think about it, it could have just been paranoia.”

Connolly said he always managed to keep his personal, “special” Halloween candy away from the bowl for trick-or-treaters.

This year, however, he said he bought a strain he’d never tried before from his friend Skippy a few days before.

“It was called ‘Space Cadet,’ but Skippy had already taken a couple of the edibles and couldn’t remember the name of the strain or what it was like at the time I bought it,” Connolly said. “That should have been the first warning, but he seemed so chill. I wanted to vibe on that level, so I bought a sh-t ton of the edibles.”

Come Halloween, Connolly took one of the edibles, then started prepping for the evening.

“Things got weird real fast,” he said. “I couldn’t keep track of anything. I microwaved the same piece of pizza four times in 20 minutes, then ended up eating a cold slice straight out of the fridge.”

Connolly believes that’s when he mixed up the candies. It was also around the same time trick-or-treaters began to arrive.

The night went on, and as the first edible started to wear off, Connolly took what he thought was another. The effects never heightened again, though, even after he ate three more “edibles” in less than an hour. As it approached midnight, he said he started to get worried.

“That’s when the calls started rolling in,” Pullman Police Detective Maria Hardy said. “Parents saying their kids were acting strange. Eating everything in the house, vegetables included. Sharing nonsense theories about the universe and saying ‘dude’ way too much.”

Connolly confessed the next day after reading about the calls in local police logs. Hardy took him in for questioning, and though he was booked into the Whitman County Jail, Skippy bailed him out the same day.

However, Connolly is still awaiting his upcoming trial for mass negligence and distribution of drugs without intent.

While many Pullman parents were upset, Yvonne Latimer, a mother of four, said she would speak in Connolly’s defense.