Athlete of the Week: Alexis Dirige

Libero is WSU’s all time leader in digs, has 361 this season 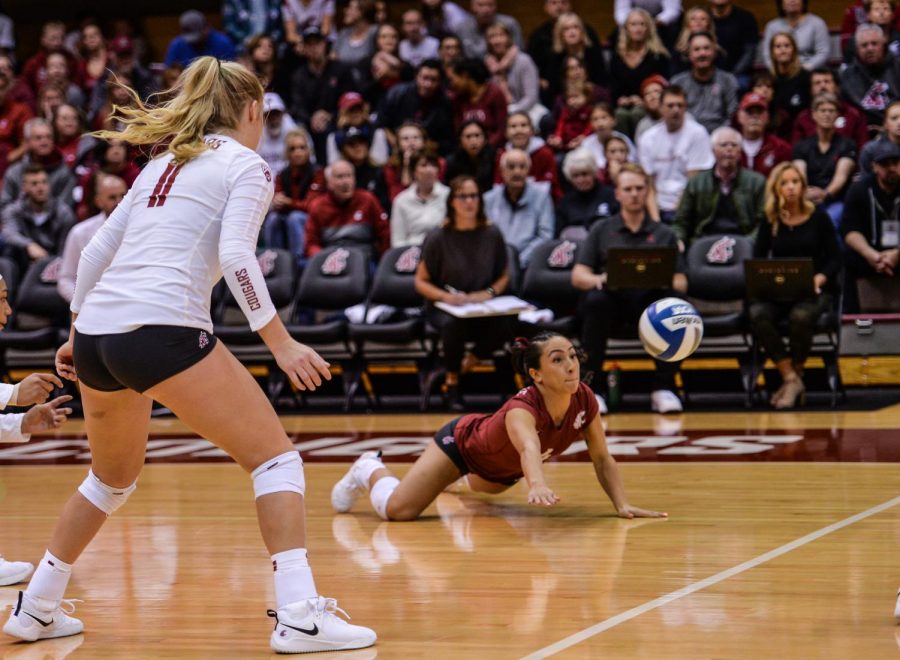 Senior libero Alexis Dirige attempts to hit the ball during the game against Arizona on Oct. 18 at Bohler Gym.

No. 22 WSU volleyball won both of their matches this week as they took a trip through the Rocky Mountains to take on Colorado and Utah.

Alexis Dirige, senior defensive specialist and libero, had a historic week with the Cougars (18-4, 7-3) as she became WSU’s all-time leader for digs.

On Sunday, Dirige led the way for WSU later in the week as she recorded 23 digs in the Cougar’s victory over Utah.

Dirige was just one dig short of tying her season match-high of 24 digs, which she recorded during WSU’s victory over Washington. The last time Dirige had 23 digs was against Oregon on Oct. 11.

Following the two victories, WSU moved up two spots in the AP poll, moving from No. 24 to No. 22. The Cougars are in third place in the Pac-12 just below No. 20 California, and right above No. 12 Washington.

The Cougars return to action next this week as they take on UCLA at 7 p.m. on Friday and USC at noon on Sunday at Bohler Gym.