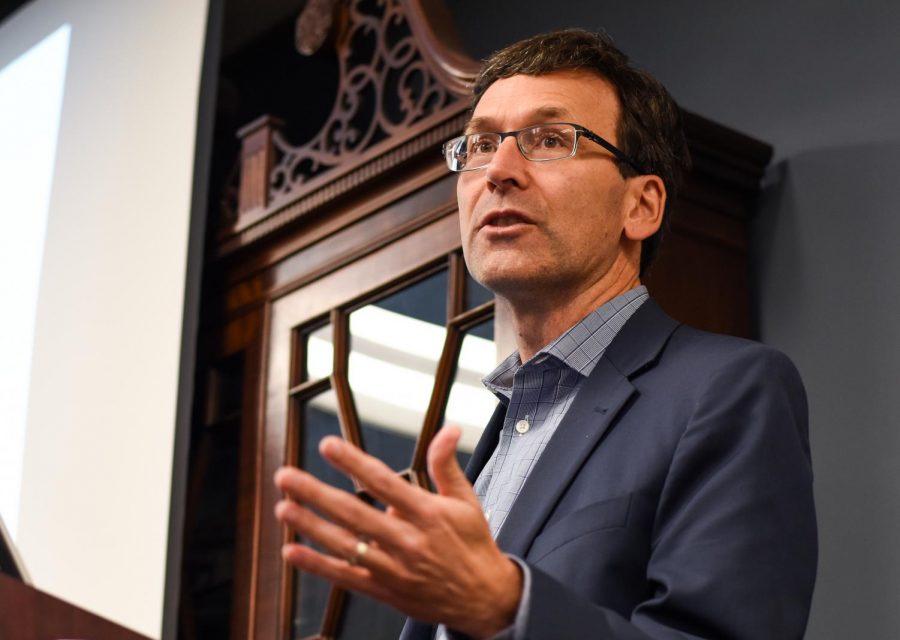 Bob Ferguson, Washington State Attorney General, says an average of two people die every day due to opioid overdose. His office is taking legal action and filed a lawsuit against three opioid distributors.

Ferguson said his office challenged President Donald Trump’s administration’s lawsuit against Deferred Action for Childhood Arrivals policy, which would have eliminated the protections and legal citizenship status for undocumented students, otherwise known as DREAMers because of the DREAM Promise Act. He said the litigation efforts by his office were successful, preventing DREAMers from deportation.

The Trump administration recently announced a new rule that expands the definition of public charge, Ferguson said. Public charge “is a ground of inadmissibility that could bar an individual’s admission to the United States on a visa or adjustment of status to lawful permanent resident,” according to the Immigrant Legal Resource Center.

Ferguson said the new rule applies to legal immigrants who hold visas and green cards. He said visas and permanent residency can be denied to people who might be perceived as someone who needs public assistance in the future.

“Approximately 519,000 family members in our state, including immigrants and U.S. citizen children, currently use benefits and have to choose between keeping the help they need for themselves and their families or giving up a chance at citizenship,” he said.

A lawsuit was filed in the state’s eastern district, Ferguson said. Washington state co-led a “multi-state coalition” against the new public charge rule. A preliminary injunction was granted by federal Judge Rosanna M. Peterson on Oct. 11 that blocked the rule nationwide before its effective date, which was Oct. 15.

“It’s an extremely broad rule that impacts many individuals in the state and across the country,” he said. “Yes, the lawsuit is against the president, but those policies are impacting us, our lives, our environment every single day.”

Ferguson said the lawsuit was successful due in part to the administration’s violation of the Administrative Procedure Act. He said there was no “reasoned analysis or explanation” from the Trump administration as to why the new rule was developed.

“When you issue executive orders, like a public charge rule, you got to follow certain basic rules around there. You got to have a certain level of transparency … you got to explain why you’re doing it,” Ferguson said.

Ferguson also discussed ghost guns. He said ghost guns are undetectable and untraceable. They are made using 3D printers and are developed with plastic components, which make them difficult to detect with metal detectors.

Ferguson said a bill went into effect on July 1 that restricts the sale and possession of ghost guns.

He also discussed Initiative 1639. Ferguson said the initiative was approved by about 60 percent of Washington voters. Because of the initiative, the legal purchase age for semi-automatic rifles was raised from 18 to 21. Enhanced background checks are also required with local law enforcement performing separate mental health background checks.

Ferguson also spoke about the opioid crisis. In Washington state, an average of two people die every day due to opioid overdose. Ferguson said his office is doing aggressive litigations on this topic. This includes a lawsuit against three opioid distributors who have given more prescriptions than the counties’ population.

The state does not have enough resources for treatment and prevention, Ferguson said.

“Money will help with people who are suffering from addiction get treatment that they need,” he said. “For me, with opioid cases, I just decided that that transparency, accountability, having that courtroom—that’s the most important thing.”