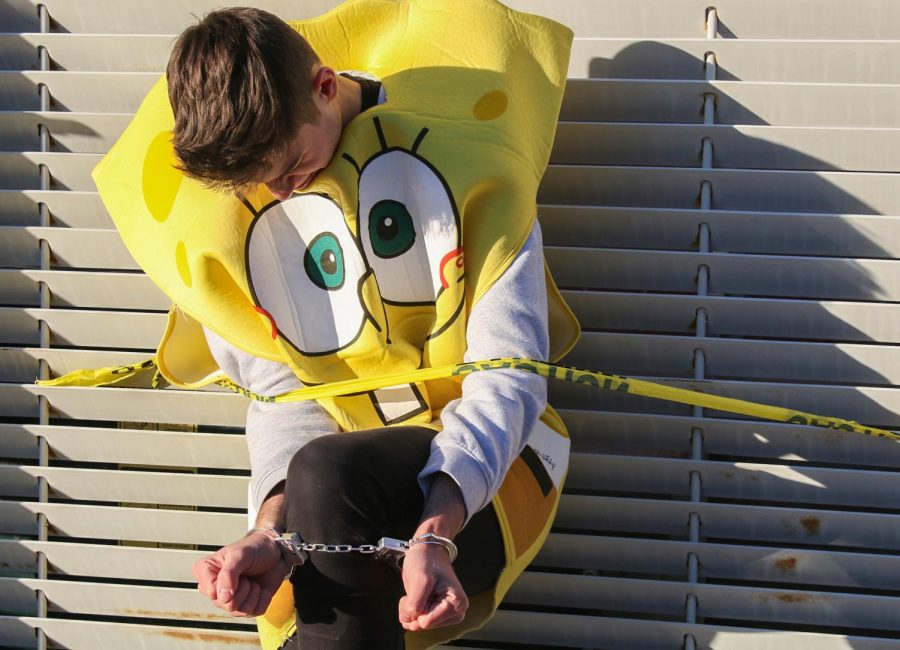 Do you want this to be you? Follow the law and respect the police this Halloween, and you’re guaranteed to have a great time.

Scary masks and revealing costumes come in full swing, but eating too much candy isn’t the only harm that can happen during Halloween in Pullman.

Halloweek began last Thursday and has continued to provide fun and frights as people go out wearing their college-budget-friendly DIY costumes.

The Pullman Police Department is on high alert during this Halloweek.

The police are aiming to have more officers readily available to respond to calls in higher risk areas, Opgenorth said.

“We will be patrolling the busier areas in neighborhoods where kids trick or treat,” he said. “Then move to where the late night Halloween parties are.”W

Opgenorth said typical Halloween crimes such as minor vandalism and teens ‘TPing’ people’s houses are expected to occur. He said drinking-related incidents, such as fights and noise complaints from Halloween parties are also expected.

The Pullman Police force will also be heavily patrolling neighborhoods in the earlier hours of Halloween to make a safe environment for kids trick-or-treating.

“We worry about all the kids crossing the street in the dark,” Opgenorth said.

Opgenorth said a couple of officers will also be trick-or-treating with children in downtown Pullman.

“We want to join the community as much as possible,” Opgenorth said.

Opgenorth said he wants to provide a safe place where everyone can have fun. He said all officers will be equipped with candy and glow sticks on Halloween while patrolling.

The best way to stay safe this week and avoid any trouble with the police is to stay alert and be smart. This time can be high risk and anything could happen, so be prepared and cautious to keep Halloween a blast. Happy haunting!