Students weigh in on which films will provide most entertainment 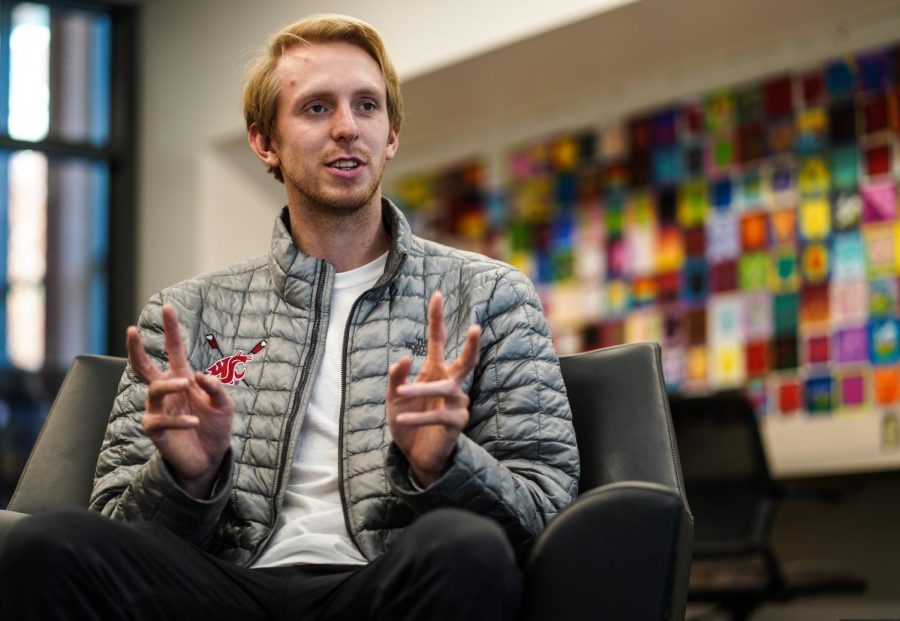 Bjorn Elliott, senior business managment and international business major, lists his favorite scary movies that he watched and rated them from best to worst Oct. 23 at The SPARK: Academic Innovation Hub.

Holiday films go beyond those most commonly associated with December. With the weather growing colder and the holiday being just around the corner, many students, such as those in the Wazzu Films club, have a set movie watchlist specific to the season.

Club President Alex Welch suggests that Halloween and horror movie lovers look to the classics, he said. He then listed the original “Dracula” movie starring Bela Lugosi as an example.

“Those ones, I think, really helped expand horror,” Welch said. “A lot of those old ones were the first, at least for the horror genre to actually pull from.”

“It’s really amazing how from olden times you can trace those roots and how vampires then are so different from vampires today,” she said. “Thinking of all the spins on those classic movies, it’s amazing how we keep bringing those back.”

She added that the film influenced “Paranormal Activity” and other found-footage style horror films.

“That one, I could see as revolutionary,” Springer said. “I love how that’s an example of the originality you constantly see in horror, how they’re constantly finding ways to appeal to what scares you.”

The original “Halloween” from 1978 that stars Jamie Lee Curtis is another horror movie that Springer said she enjoys.

“That one, just from the music to the very basic ‘killer chasing woman,’ really set in motion the slasher film sequence,” Springer said. “The stranger stalking you is something that we all fear.”

Equipment Manager Bjorn Elliott appreciates the story behind the filmmaking process of “Halloween,” he said.

The original “Halloween” film had a low budget, and the director wrote the music and added it over the film at the last minute, Elliott said.

“They had to figure out something, so on the piano, it’s just a few keys,” he said. “It’s known as one of the most iconic horror themes now, and it was done on such a tiny budget. They had no idea it was going to be such a big hit.”

Elliott recommends “The Exorcist” as another horror movie to watch before the spooky season ends, he said.

“That was […] a good one because it’s based off of real-life events,” Elliott said. “It did a good job of selling the supernatural, which a lot of movies take for granted.”

For those who are not fans of horror but still want to celebrate Halloween, Springer suggests films that invoke feelings of nostalgia rather than fear, she said.

Some of the films that Springer recommends include “Hocus Pocus” and “Halloweentown.”

“I can definitely see the appeal for those who grew up with it, with just the nice, basic witches and monsters,” Springer said.

Films by Director Tim Burton, such as “Beetlejuice” and the 1999 film “Sleepy Hollow” also serve as a middle ground, she said.

“Tim Burton brings a unique kind of darkness yet playfulness to whatever he does,” Springer said.

With so many different types of Halloween movies, there is sure to be a film for anyone.