Course curriculum will focus on fundamentals of computer science 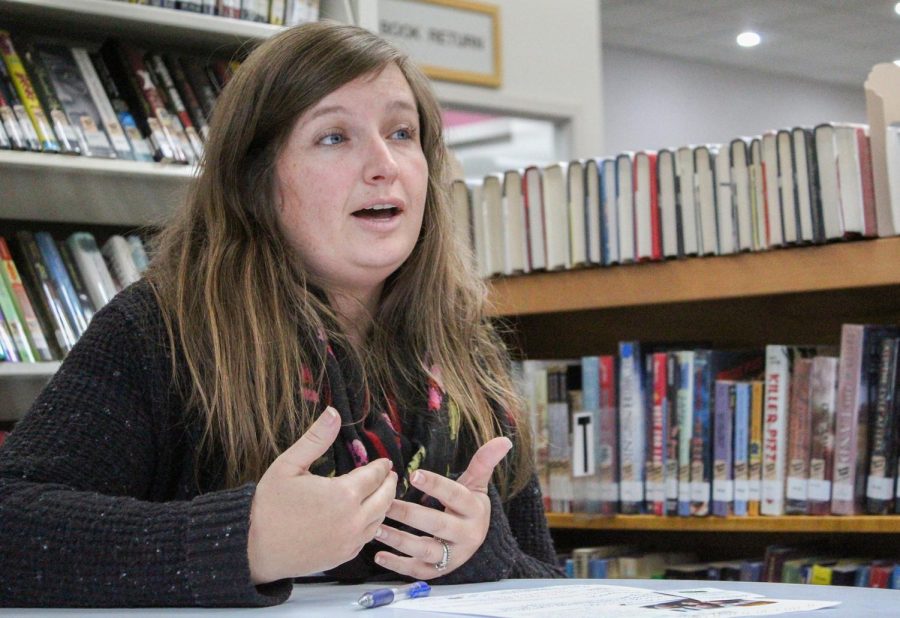 Youth Services Technician Rachael Ritter discusses the reasons for setting up a class for girls to learn coding programs on Friday afternoon at the Neill Public Library.

A six-week course in the Neill Public Library Edith G. Hecht Meeting Room will teach the basics of coding to girls in third through fifth grade.

Girls with no coding experience can sign up for the free class, she said. It is limited to 15 girls, and pre-registration is necessary.

“It’s going to focus on the very basic, most fundamental aspects of computer science,” Catanese said.

She said she will teach the history of computer science and why it is such an important field. She will also teach the girls how to write basic code.

The girls will also learn debugging, which involves strategies to figure out what is not working in the code, she said.

In the last two weeks of the course, the girls will be able to do mini projects, one of which is creating an app, Catanese said.

The course will follow exercises in a programming website called Scratch, which is run through MIT, she said.

Ritter said that a course like this where girls can learn to code is important because there are not a lot of women who go into careers in STEM fields.

If girls can gain confidence in their STEM abilities at a young age, they will be more comfortable pursuing those opportunities later on, Ritter said.

Isla Funke, 9, who has registered for the course, said she is looking forward to it because she is interested in engineering and robotics. She has done some coding through school and also received a Lego Boost Creative Toolbox, so she was able to build a robot and code it.

Another student registered in the course, Lucy Sandberg, 9, said she has also done some coding in school, where she learned that she likes to code.

Catanese said that one of the reasons Girls Who Code courses start with upper elementary school children is because there have been studies that show that girls in middle school tend to become uninterested in topics such as math and programming.

“It’s trying to reach those girls before that happens so that they have a stronger foundation to build interest in these topics throughout their lives,” she said.

Catanese said she has taught college students computer science and also tutors them, but this is the first time she will teach elementary school students the topic.

If the program goes well, the Neill Public Library may host another Girls Who Code course, Ritter said.