Rowing heads to Spokane for last race until 2020

Cougars want to build on success before heading into winter 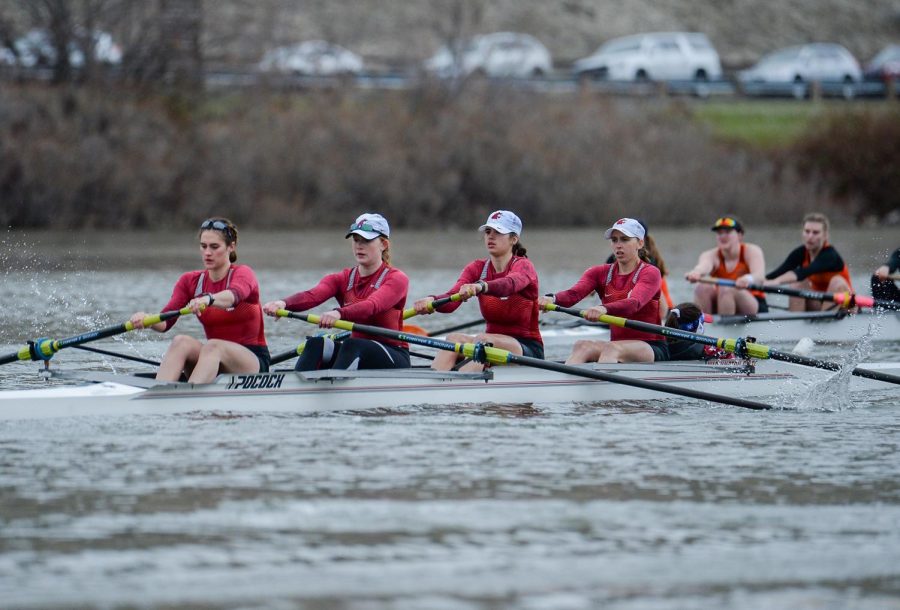 Following a strong performance in both races held last weekend, WSU rowing will compete at the Silver Lake Head Race on Saturday in Spokane, Washington.

During the Head of the American that took place last Saturday, WSU saw three top-five finishes including a first overall finish by the varsity four with a time of 19:42.3.

On Sunday, the varsity eight finished second overall at the Portland Fall Classic with a time of 19:07.218.

In a press conference held on Tuesday, head coach Jane LaRiviere said that seeing the team finish the way they did in the respective races gave her a good feeling about what is to come down the road.

“[They are] really encouraging results to take with us through the winter,” LaRiviere said in a press conference.

Senior Renee Kemp said that the positive feel the team carries mixed with the energy and efforts brought by the freshmen are going to make for a successful and enjoyable season.

“There is a good vibe on the team,” Kemp said in a press conference. “We have got a lot of freshmen this year. That has been really fun and encouraging to see the work we have been putting in pay off.”

With wintertime approaching, LaRiviere said that it is terrifying, in a way, to grasp on to the fact that there will be significantly shorter weeks of practice as they will not see action until March after Saturday’s race.

LaRiviere said that although a lot of downtime is quite concerning, she has seen enough out of the leaders of the team to know that it will be business as usual in an extended break period.

“Thanks to the senior leadership I am hopeful that everybody is going to keep to task and keep moving forward even though they won’t be being watched,” LaRiviere said.

Kemp said making sure people are there because they want to be and not because they feel that they have to will play a big role in an amazing spring season.

The Cougars will begin the Silver Lake Head Race on Saturday at Silver Lake in Spokane, Washington.