About $4,000 invested in specific recycling signs to reduce contamination 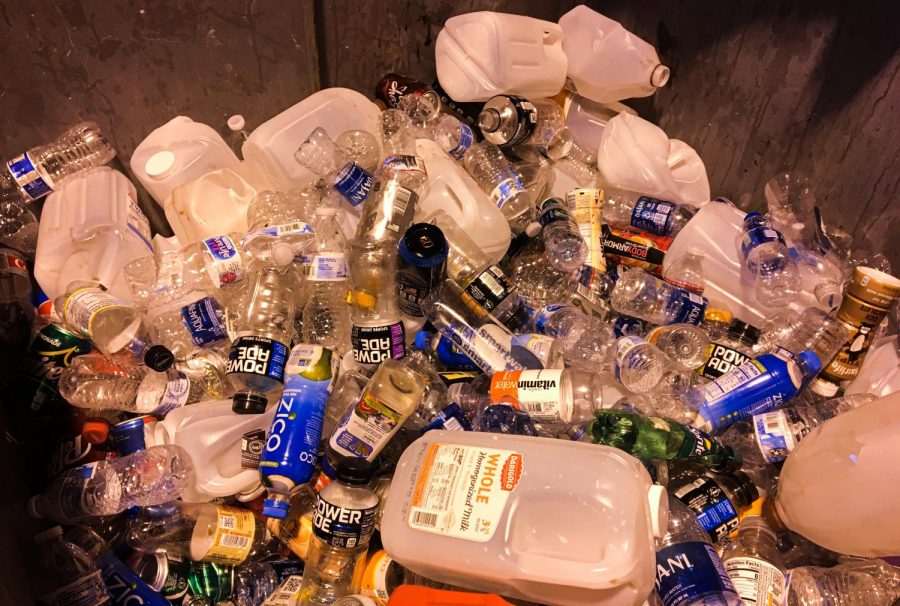 WSU waste management invested about $4,000 in new recycling signs around campus to specify what items can be recycled or not in an effort to decrease contamination.

The recycling markets around the world have been in a state of change for about two years, Finch said.

China changed its importing policy for recyclable material and closed the door on about half of the world’s recycling commodity market, he said.

In 2017 and 2018, WSU waste management was told by WestRock Recycling that contamination was an issue because the wrong types of materials were being recycled, Finch said.

There’s a difficulty in getting people to follow the signs and program rules, he said. The recycling program is different in other places and some people might come from countries where they don’t recycle, Finch said.

There has been a careful screening of what’s being recycled in an effort to clean the material up, he said.

When there’s contamination in the recycling there ends up being no market value and the material will not be recycled, Finch said.

An average American generates about five and one-half pounds of solid waste, he said.

The problem is that there is not a place for recycling, which is a reason why companies charge to haul recycling, he said.

Finch said WSU waste management is paying around $140 dollars a ton to have commingled recycling hauled away, Finch said.

Ron Redman, assistant manager of WSU waste management, said the goal is to move away from paying a lot of money to get rid of the material to generating positive material revenue to offset the cost.

When bales contain mixed materials the recycling facilities pick out all the good stuff they want and the rest goes to the trash, Redman said.

Nathan Kite, coordinator of WSU recycling collection, said an average weight of a bale is about 1,500 pounds.

Even if there isn’t a revenue back it’s still a huge savings to the university as a disposal cost if materials are recycled correctly, Redman said.

That’s why it’s important that signs are correct and that the campus community follow the signs, Redman said.

Before changes were made there were six garbage cans being filled every day with garbage from the recycling in the area and now there is one, he said.