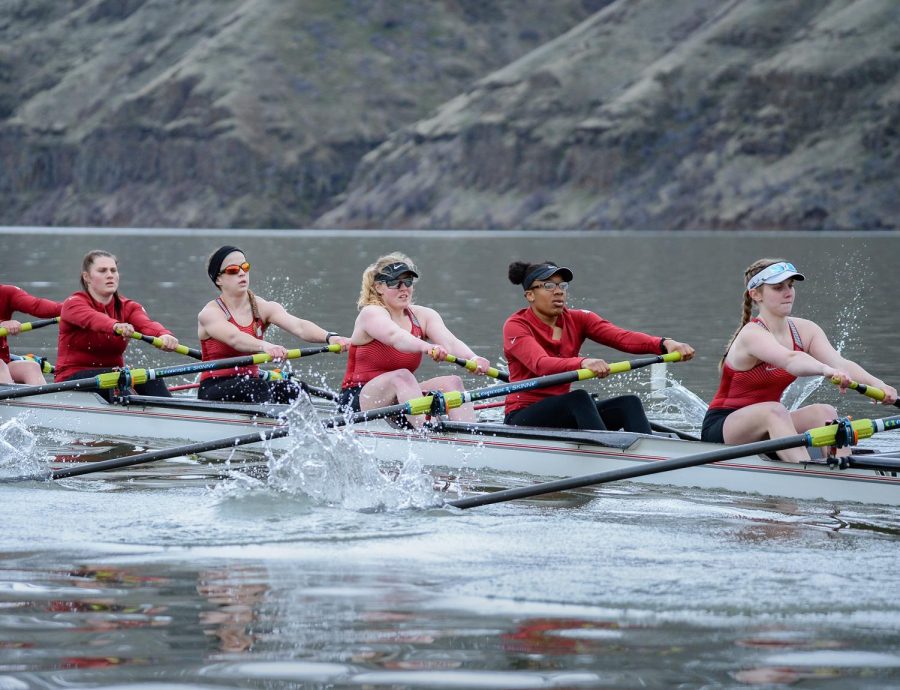 The Cougar’s rowing team finished first in both varsity eight and varsity four races at the Bulldog Classic on Saturday.

Three eights and two fours from WSU raced against Gonzaga University and Oregon State University at Silver Lake in Spokane.

Their first varsity eight placed first in both 4,000m races with times of 13:53.3 in the first race and 14:06.1 in the second race, finishing ahead of OSU by under ten seconds during both races.

The second varsity eight finished second in both of their races with times of 14:21.1 and 14:32.4 respectively. OSU placed first in the second and third varsity eight races in both rounds.

The Cougars will begin rowing again next spring in the Pac-12 Challenge on March 28.