OPINION: Everyone needs to do their part to slow effects of climate change

Potential solutions to save the Earth exist, deserve attention and testing 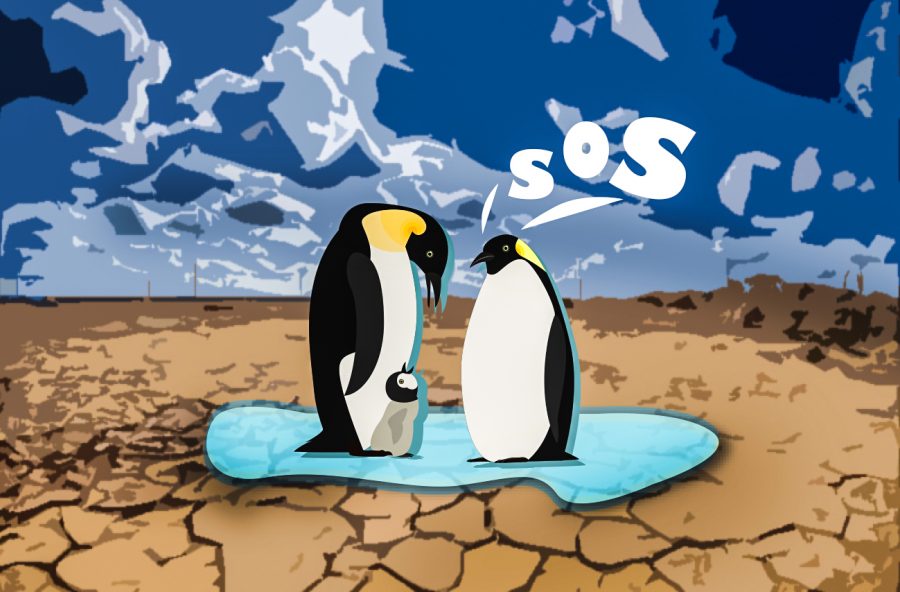 As climate change worsens, it’s becoming more pressing than ever that everyone do their part to help make a difference.

We must do something about climate change.

Global climate change has been discussed in depth for years. Even though people across the globe are doing their best to make a difference, some are stuck in the mentality that as one person they will never make any significant change.

However, climate change is man-made.

“The main cause of climate change that we have seen in the last century is human activities,” said Von Walden, professor in the civil and environmental engineering department. “And the cause is an increase in greenhouse gases, primarily carbon dioxide and methane and other gases as a result of burning fossil fuels, and those gases are trapping heat that is warming the surface of the earth.”

Due to the increase in the emission of greenhouse gases, the global temperature is steeply rising as compared to the past. This is affecting natural processes like rainfall, temperature variations and snow cover.

Arjan Meddens, assistant professor of forest ecology, said emissions aren’t just a local thing. No matter where CO2 is put into the atmosphere, it will be felt by the entire globe.

“China has surpassed the U.S. in greenhouse emissions, but we are still [a] pretty strong contributor,” Meddens said. “We may be lucky over here that we are not at the very dry end of the spectrum. We are not [a] desert where drought impacts might be even worse, but we still need to think about the snowpack and rainfall as [they] have been decreasing over the years.”

The sad part is not that we are dealing with this catastrophe, it is that we are not aware of the severity of this issue. The climate has been ringing alarm bells over the years trying to wake us up, but many are ignoring it.

“The anthropogenic or man-made changes are making changes in the way that our earth works and one of the ways it’s doing that is measurably less sea ice, especially in the Arctic,” Walden said. “The amount of ice covered over the Arctic ocean has dramatically decreased over the last couple of decades as well as the amount of snow covered in the northern hemisphere.”

These changes have adversely affected the Earth and it is high time we do something to control it. What is done cannot be undone, we can make efforts to not let it worsen.

“We can sequester the carbon as well by planting trees,” he said.

While all these things are easily said, doing them is difficult. It is essential to take the first step instead of just talking about it.

“It’s very difficult to capture CO2 that has been emitted and engineers are working on it, it is called carbon capture and also sequestration,” Walden said. “The idea behind this is that the power plants that are burning coal or natural gas, they emit a lot of CO2, so the idea is to capture CO2 at the power plant so that it does not go to the atmosphere.”

There are numerous ways to control climate change, some are economical, some are non-economical, still requiring further research. Currently, it is best to move toward the economical solutions and start with the first step, otherwise Roland Emmerich’s 2012 will become a reality and Earth will reach its expiration date.

As “Flying Jatt” director Remo D’Souza said, “Everything has an alternative. Except Mother Earth.”