WSU travels to sunny tournament to compete against Pac-12 schools 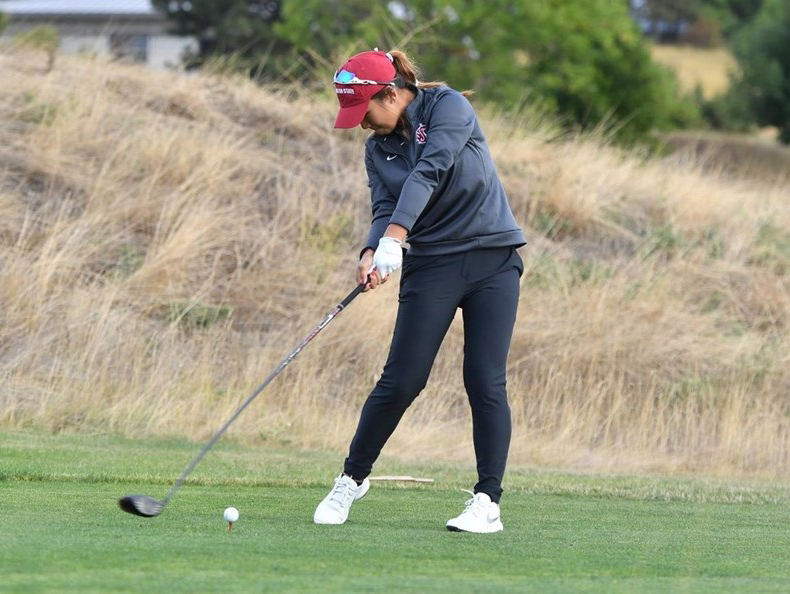 Freshman Jiye Ham tees off during the Stanford Invitational.

Three weeks since its last tournament, the WSU women’s golf team travels to Hawaii for its last competition of the fall season.

The Cougars come off an eighth-place finish at the Stanford Intercollegiate and will take to the course Monday at the Nanea Country Club in Kailua-Kona, Hawaii, for the Nanea Pac-12 Preview.

Redshirt junior Emily Baumgart expressed her excitement about getting the chance to compete at Nanea.

“Nanea is one of my favorite tournaments we play every year. It’s an amazing course that a lot of golfers don’t get the opportunity to play at,” Baumgart said. “I think it’s going to be a great opportunity for us to turn some heads out there.”

Head coach Kelli Kamimura spoke about the team’s focus going into the tournament.

“It’s always exciting to go out and compete against the best there is in the Pac-12, so we’ll be looking extremely forward to close out our fall season going against some of the best in the country,” Kamimura said.

The tournament will start at 9:30 a.m. Monday. Teams expect to play 18 holes on the first day.