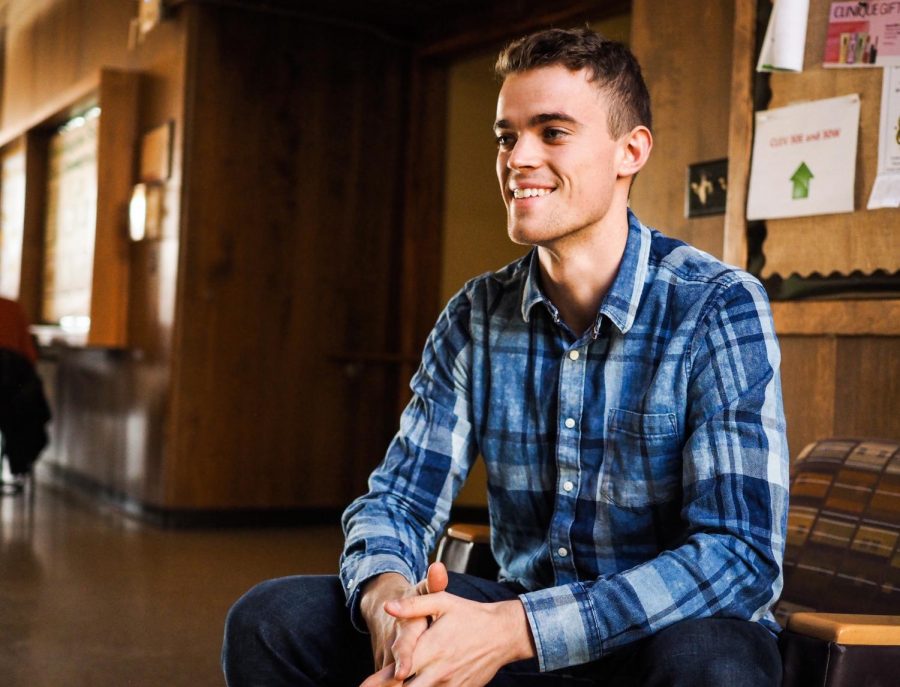 Kristian Gubsch, Honors College senior chemical engineering major, says it would be enriching for him to see different stances on climate change around the world.

A WSU student will attend the 25th annual United Nations Framework Convention on Climate Change’s Conference of the Parties as a delegate for the American Chemical Society. The convention will take place Dec. 2-13 in Madrid, Spain.

Kristian Gubsch, Honors College senior chemical engineering major, said the event is the biggest global climate change conference in the world. As one of ten ACS delegates, he will interview national leaders, scientists and policymakers. One of his main responsibilities is to communicate the science and climate change policies that will be discussed during the conference to the public.

Delegates will blog about the conference and policy discussions through the Students on Climate Change website. He said he wants to develop newsletters to send conference updates.

“I want to see what the stance is on climate change around the world,” Gubsch said. “I think that is what would be the most enriching for me is trying to better grasp how other countries are dealing with this issue and talking about this issue.”

Gubsch said he received media training in Washington D.C. to prepare for the conference. Each delegate is expected to write a book chapter that will share their conference experience. In the spring delegates will attend an ACS conference in Philadelphia to present their work.

He said his chapter will focus on negative emissions technology, which is a long-term career interest of his. This technology enables the conversion of CO2 from the atmosphere into something that will benefit society. Gubsch said this conversion can be used for carbonated drinks and transportation fuels.

“If we can make limiting climate change profitable, then that’s how we will make the most progress on it,” he said. “If we can make it economically viable to capture CO2 out of the atmosphere, then we can utilize it to benefit other processes.”

Gubsch said the equilibrium state of the world would be damaged if global warming continues to increase. Climate change may not directly affect the Palouse the same way it affects coastal areas, but it is still a threat to the planet and all that lives in it, he said.

“A lot of these things, while they may not directly affect us now, it’s important that we speak up against it, and we speak up sooner rather than later,” he said. “The sooner we educate ourselves, the sooner we take action, the less damage will be done.”

Gubsch said his passion for global climate action began in high school. His physics teacher showed many videos about different types of technology, such as solar roadways and wind farms. Gubsch found them innovative and decided to apply his interest in science and chemistry to climate change, motivating him to pursue chemical engineering.

Since his freshman year at WSU, Gubsch said he has been involved in several research projects. He said he helped develop air quality sensors to examine the health effects of wildfire smoke on Spokane residents. He also studied how to convert CO2 into formic acid, which can be used for cattle feed preservatives.

Gubsch is a recipient of the National Oceanic and Atmospheric Administration’s Ernest F. Hollings Undergraduate Scholarship. The scholarship allowed him to intern with NOAA last summer at the Hollings Marine Laboratory in South Carolina. He said he examined how climate change affects coral reefs by studying metabolites, which are small molecules involved in the metabolism process.

“Approaching [climate change] from different angles through my research has been very rewarding,” Gubsch said. “Now I have the opportunity with the ACS to go and see how things are done on the policy side because I’ve been on the technical side for the past three years.”

Aside from his research endeavors, Gubsch has been involved with the Honors College through various roles.

“Through those projects and his role as an Honors facilitator, I think he’s seen how he can make a big impact as a leader in the field of the environment,” Norton said. “He’s really had different experiences that I think have prepared him to really become an important voice in some of these issues related to climate change.”

Gubsch said he plans to continue his education in the U.K., pursuing a master’s in energy and environmental engineering. He also plans to study international business management to connect his technical expertise with a business background.

“Long-term, I’m hoping to become a leader in this field and help be a voice of experience and reason within the area,” he said. “I hope I can provide a nuanced perspective because I have a diverse set of experiences from policy, market and technology side.”