Director retires after 18 years of work with students 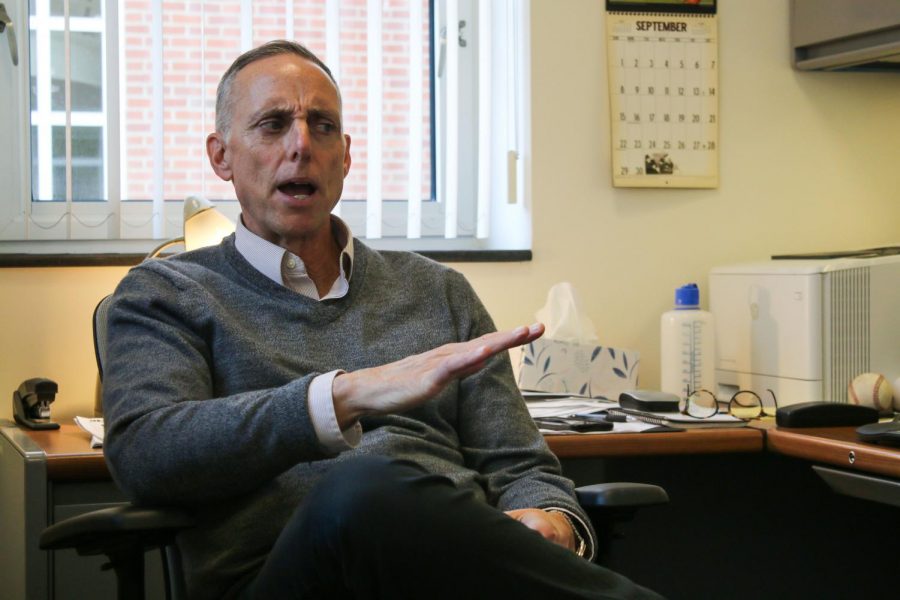 Associate Athletic Director Jerry Pastore says he has immense respect for student athletes and the work they do on Tuesday morning in Bohler. Pastore is retiring Friday after working at the university for 18 years.

Associate athletic director Jerry Pastore will retire on Friday after serving at WSU for 18 years.

“It’s such a bittersweet retirement because no matter how ready you are to leave you are not really ready,” Pastore said.

He has focused his work at WSU on the wellbeing of student-athletes, he said, particularly their mental health.

He has also been a part of the mental health curriculum for student-athletes called Behind Happy Faces and a student-athlete advisory committee, he said.

“I’ve been very fortunate in my career which very few days have felt like a job,” Pastore said.

Pastore said the World Health Organization defines mental health as a state of wellbeing where people can feel that they contribute to the community. He said mental health is on a spectrum from daily stress to someone dealing with chronic depression.

Pastore said he has wanted to give the students the tools to deal with the part of the spectrum they find themselves in. This way the students can feel fulfilled as individuals to reach their goals and be happy, Pastore said.

Athletics has its own unique set of stressors as well because there is a performance on top of it all, he said. Every person has a right to their mental wellbeing, Pastore said.

Pastore has worked at WSU since 2001 when he started working with counseling services.

He said in 2011 he left counseling services and planned to go work for the U.S. Army to help returning veterans with PTSD in Fort Huachuca in Arizona. WSU athletics also offered him a job, so he decided to work with them because his family was already in Pullman.

Pastore said he finds that working with athletes is fun and that they are relatable, he said.

Sunday Henry, senior associate director of athletics, said Pastore would provide counseling to students on topics such as sleep, coping and how to adjust to being a student-athlete at the division one level.

He had a positive impact on the community because he provided a space for student-athletes to be supported, listened to and given advice, Henry said.

Pastore understood the demands of student-athletes, she said.

Pastore would put in the hours, cared a lot, was compassionate, and had a great sense of humor, Henry said.

When people had a bad day or needed help troubleshooting something, they could walk into his office, she said. He would listen to them and collaborate with them, helping them come up with solutions, she said.