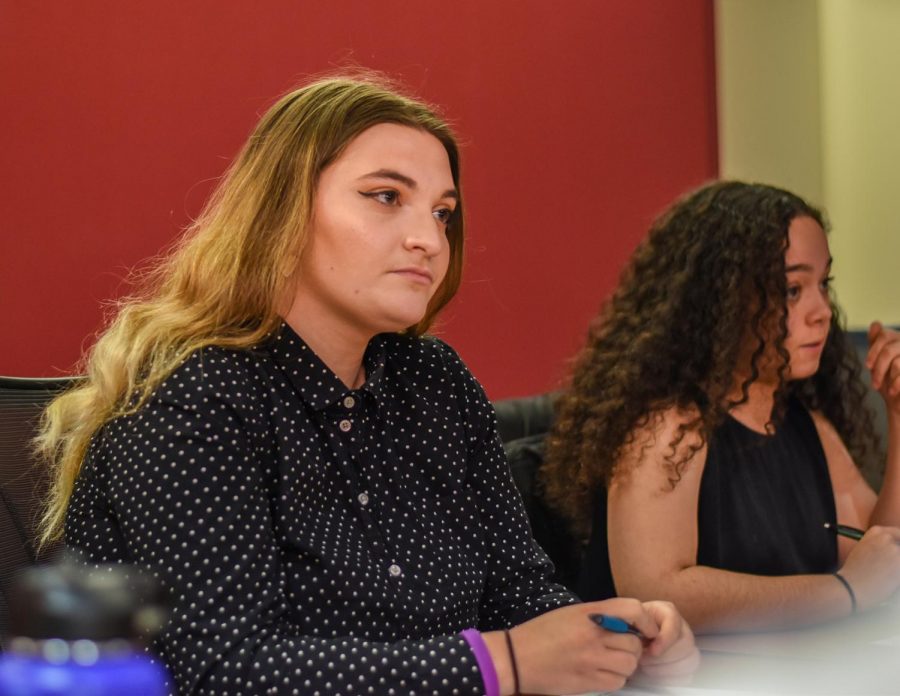 Hannah Martian, ASWSU pro tempore, says “Lauren’s Promise” will be added to their syllabus next spring.

The ASWSU Senate passed a resolution calling for all university syllabi to include “Lauren’s Promise” starting next semester.

The promise was written by Jill McCluskey and includes information for how students can report sexual assault, domestic violence or stalking, and resources that are available to them. It also includes information for students to advocate for others if they are affected. The promise says that a professor will listen and believe a student if someone is threatening them.

The resolution was authored by ASWSU Pro Tempore Hannah Martian and was unanimously approved by the Senate.

“I think this is a really small thing that professors can do,” she said. “It’s really easy to put in there and something that’s really important.”

About 5.1 million women have experienced stalking over the previous year, according to a Center for Disease Control study in the resolution.

A report in the resolution from the National Institute of Justice Centers for Disease Control and Prevention found that 81 percent of women who experienced stalking were also physically assaulted.

The resolution also cites a National Coalition Against Domestic Violence (NCADV) blog post, which found that 54 percent of femicide victims who were killed by their stalkers had gone to the police to report being stalked.

Femicide is the killing of a woman, in particular by a man and on account of her gender.

Senator Mayalin Nakasone said it was important the resolution was passed because it shows support of the McCluskey family.