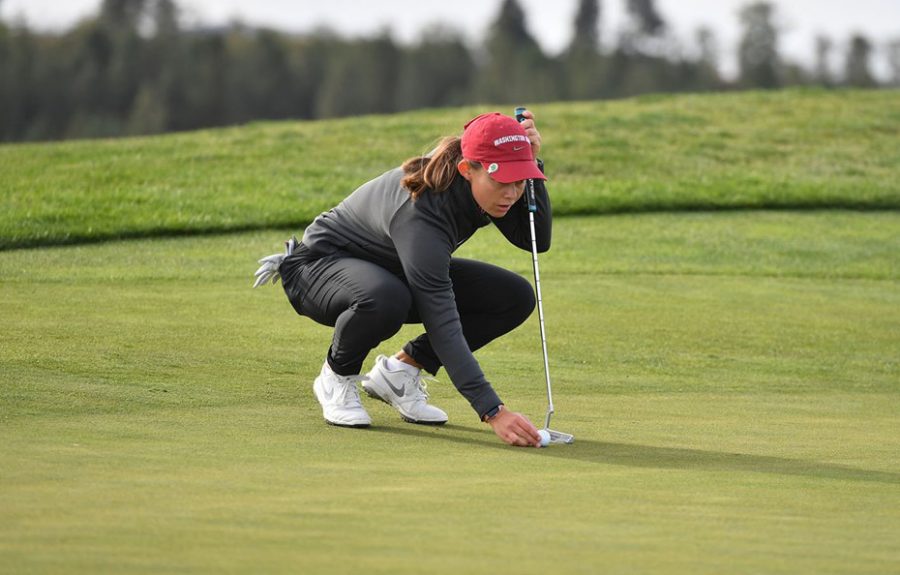 The WSU women’s golf team wrapped up the Nanea PAC 12 Preview today in Kailua Kona, Hawaii, finishing in 11th place out of an overall 12 team competition.

Despite finishing in 11th place, the Cougars had some good individual performances throughout the tournament.

Leading the Cougars for the event, sophomore Darcy Habgood, who had a stellar first round of the tournament compiling six birdies, four of them off a five-hole stretch, finished the event in a tie for 40th place with a score of (+10, 229).

Senior Marie Lund-Hansen finished the event a tie for 43rd place with a score of (+12, 231). Lund Hansen shot consistent with par for most the tournament but a double-bogey and triple-bogey in the second round pushed down her overall finish.

Redshirt junior Emily Baumgart began the tournament behind the eight ball as she had to fight back after committing a double-bogey on her first hole of the tournament and a quadruple-bogey later in the first round. Baumgart finished the competition in a tie for 45th place with a score of (+13, 232).

Freshman Jiye Ham ended the event in 52nd place with a score of (+17, 236) Ham shot well going into the third round but a quadruple-bogey on the 7th hole saw her rankings tumble.

Sophomore Amy Chu rounded out the individual performances from the Cougars in the competition, finishing in 58th place with a score of (+22, 241). Chu’s best performance came in the final round as she shot three birdies, but it wasn’t enough to overcome the poor shooting from the first two rounds.

The WSU women’s golf team goes into hiatus for a bit as it wraps up the Fall season. WSU will play its next tournament Feb. 10 at the SDSU Lamkin Match Play in San Diego, California.