Looking toward the opponent’s vantage point 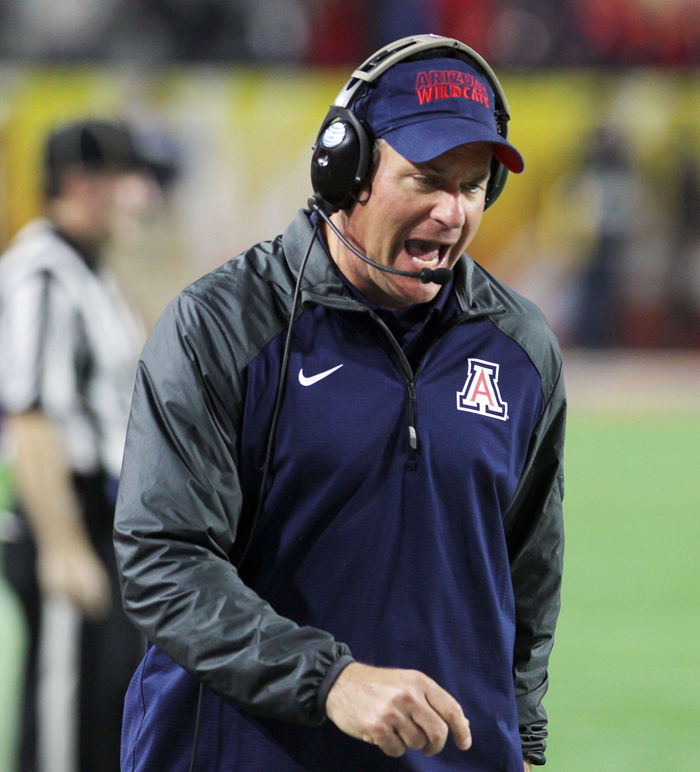 The Cougars are ranked and stand undefeated in conference play through five games, and have a clear path laid out to win the Pac-12 North Division title and conference championship.

On paper, WSU is facing its easiest conference opponent of the season. Arizona sits winless in conference play (0-5) and is just 2-6 overall. Its best win of the year came against Mountain West Conference foe Hawaii (4-5).

The Wildcats come in as 17-point underdogs against one of the hottest teams in the country. WSU is going to roll ‘em, right?

As most fans know, WSU opened the year with painstaking three-point losses to FCS Eastern Washington and Boise State. I am inclined to say that the Cougars are six points away from being in the discussion for the College Football Playoff, but that is simply irrational.

The fact is, the Cougars lost to Eastern Washington in its tuneup game and were an eyesore in the process.

On top of that loss, WSU’s last three opponents have a combined record of 4-12 in conference play during a down year for the Pac-12 as a whole. Moreover, the Cougars total margin of victory in the three wins was just 15 points.

To put it in perspective, over the past three weeks, unranked Oklahoma State and Southern Methodist University (SMU) respectively upset No. 10 West Virginia and No. 11 Houston with a greater margin of victory than 15 points. Also, top-ranked Alabama knocked off No. 4 Texas A&M by 17 points two weeks ago.

Ranked 10th in the conference in passing defense, WSU watched an Oregon State program that has just three conference wins since 2014 jump out to a 21-0 lead in barely over one quarter of play last Saturday.

Arizona cannot win the conference, has a slim-to-none chance of making a bowl game and its top two quarterbacks have been injured throughout the season. The only thing left for the Wildcats to do is to play spoiler.

On the Palouse, students and their dads coming in for the weekend festivities are gearing up for a comfortable win, but let’s hope the team is not.

Expect Arizona to come out much like Oregon State did last weekend. The Wildcats feature a spread option running attack that, quite frankly, the Cougars have had issues with containing all season long.

If WSU stagnates on offense and plays spotty defense, Arizona forces the WSU offense into a three-and-out on its first drive, rides the quick feet of redshirt sophomore quarterback Brandon Dawkins to a pair of ground-and-pound touchdowns in the first quarter and WSU is looking up at a 14-0 deficit early on.

Both teams then stagnate until the end of the half. WSU comes out the second half and puts a score up on the board to make it 14-7 on the arm of redshirt junior quarterback Luke Falk, but that will not be enough. Arizona puts a pair of scores on the board at the turn of the third quarter and seals the ballgame.

It ends 24-14 in favor of Arizona if WSU takes the Wildcats lightly and plays an inconsistent game.