The Portland Trail Blazers drew the short straw this year 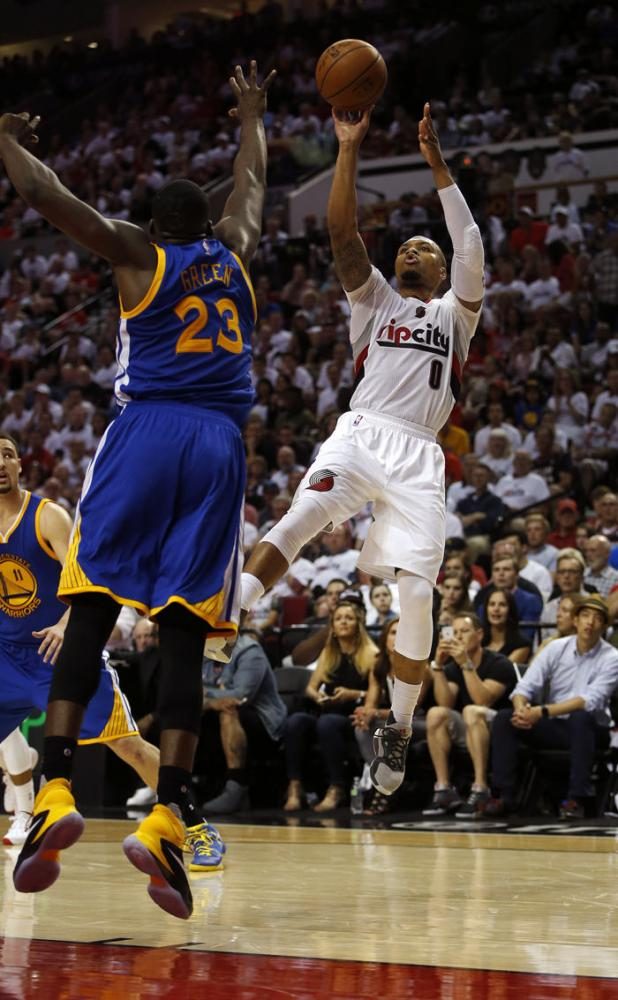 Don’t tell point guard Damian Lillard, but the Blazers need a miracle to make it out of the Western Conference this season.

Despite a shellacking by the Chicago Bulls on Tuesday night, Portland is sitting at (7-5), a solid start to the season. But if you take a closer look at what they are up against, their chance at a Larry O’Brien Trophy looks to be slim to none.

The Blazers are led by their two-time all-star Lillard, paired with backcourt comrade and winner of the Most Improved Player of the Year in 2016 shooting guard C.J. McCollum. Video Game Dame (Lilliard) is averaging a ridiculous 30 points per game early on, an average that looks nice now, but his high usage rate isn’t sustainable over 82 games.

His running mate, McCollum, is looking to build off his vastly improved offensive game in 2015-2016, in which he increased his scoring average 14 points from the previous year. Sharpshooting a 41 percent career mark from three-point land, McCollum is a valuable player in a league where stretching the floor has become essential to compete with the likes of Golden State.

Along with the stacked Warriors, Spurs Head Coach Gregg Popovich and his team are in it every year, with guard-forward Kawhi Leonard taking the next step to superstardom this season and looking to contend for the MVP. Leonard is the best defensive player in the NBA, one of only two or three guys who can actually slow down LeBron James. He is also an immensely improved outside shooter since his days at San Diego State, shooting a crazy 44 percent from the three-point range last season versus 38 percent his rookie year.

In addition to Golden State and San Antonio, the Clippers with a finally healthy forward-center Blake Griffin are looking more formidable than ever this year. The Clippers are currently (10-1) through Tuesday night. Griffin, who missed most of last season with various injuries, is a prototypical stretch four whose outside shooting has improved as well, though his range doesn’t extend to the three-point line. Running with fellow all-stars center DeAndre Jordan and Paul and one of the best coaches in the NBA in Doc Rivers, this could finally be the year the Clippers make it to the Western Conference Finals.

Portland’s roster has completely turned over since the 2014-2015 season, in which they saw four of their five starters depart. They have supplemented their weak bench with middling space fillers: From mid-range demon guard Evan Turner to a trio of frontcourt mediocrity in center Festus Ezeli, power forward Noah Vonleh and forward-center Ed Davis. They paid shooting guard Allen Crabbe $75 million to back up McCollum when most people still think he is an item at a seafood restaurant.

Most importantly, though, if the Blazers want to compete right now in the impossible Western Conference, they have to make a move to pick up a quality big man, their weakest spot in the lineup. Center Brook Lopez is rotting away in Brooklyn, forward-center DeMarcus Cousins has spent his whole career in coaching turmoil in Sacramento, and even Cousins’ backup Willie Cauley-Stein is young with a lot of upside and reportedly on the trading block.

There is a lot of opportunity out there for the Blazers in the Wild West. Times may be tough now, with the Warriors, Spurs and Clippers blockading the road to the finals, but they are just one player away from competing with the rest of the conference.