Oregon, Arizona play on Saturday coming off of bye weeks 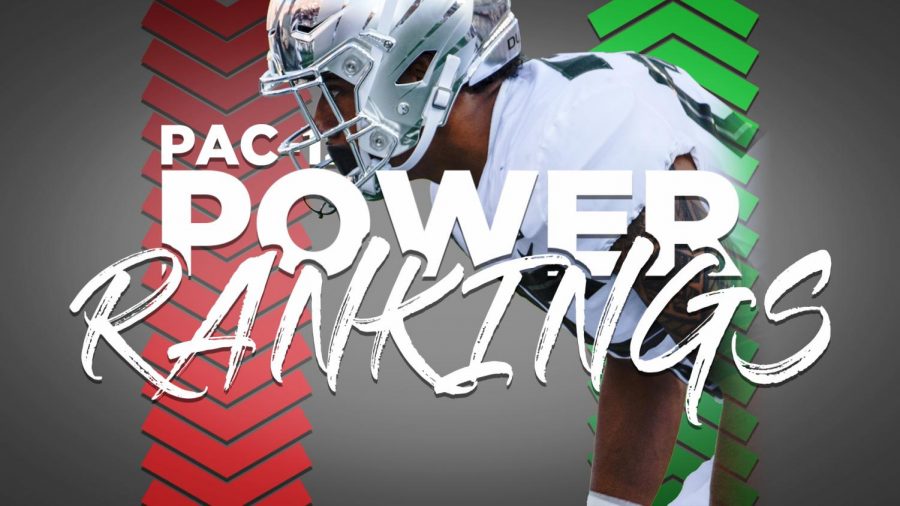 Oregon was on a bye. The Ducks remain the last Pac-12 team with zero conference losses and the best chance to secure a top four selection for the CFP. Oregon is on the path to become the first team in the modern college football era to be a conference champion while owning a 10-0 conference record. The Ducks host Arizona this week.

The Utes were on a bye. They host the Bruins this week.

The Trojans were red hot out of the gate in Tempe, scoring 28 in the first quarter against the Sun Devils. Quarterback Kedon Slovis threw for 432 yards and in the first quarter had four passing touchdowns. USC coasted to a 31-26 win. USC travels to Berkeley to face California this week.

The Bruins did not play during Week 11. UCLA has turned around what was a disastrous beginning of the season to control its destiny in the Pac-12 South. The Bruins travel to face No. 7 Utah this week.

The Huskies fought tooth and nail in Corvallis to beat the Beavers, 19-7. Running back Salvon Ahmed led the Huskies offense with 174 rushing yards and two rushing touchdowns on 25 carries. Washington takes a bye this week.

The Beavers held Washington quarterback Jacob Eason to 175 passing yards and forced two interceptions, but their run defense could not contain the UW rushing attack. OSU’s offense was nothing more than nonexistent. The Beavers host the Sun Devils this week.

The Golden Bears won their first game since late September against the Cougars 33-20. Quarterback Devon Modster completed 67 percent of his passes and accounted for four touchdowns in the game: three passing, one rushing. California hosts USC this week.

The Sun Devils attempted to comeback from a disastrous first quarter against the Trojans, which ASU saw a 21-point deficit. However, the comeback fell short as ASU lost 31-26. Quarterback Joey Yellen threw for four touchdowns but had two costly interceptions. ASU travels to Corvallis to face Oregon State.

The Cardinal lost to the Buffaloes 16-13 on a last second field goal. Stanford struggled to establish its offense, but quarterback KJ Costello threw a game tying touchdown in the fourth quarter. Stanford travels to Pullman to face WSU this week.

In another game where quarterback Steven Montez failed to throw for 200 yards, defense was the focal point for Colorado. The Buffaloes held a potent Cardinal offense to 13 points and didn’t allow them to reach the endzone until the mid-fourth quarter. Colorado takes a bye this week.

The Wildcats were on a bye. They travel to Eugene to face No. 6 Oregon this week.

Washington State’s atrocious season escalated against California with another poor defensive showing. Quarterback Anthony Gordon threw for 407 yards but failed to capitalize in opponent territory. The Cougars remain the only Pac-12 team without a road win this season and only one conference win. WSU hosts Stanford this week.