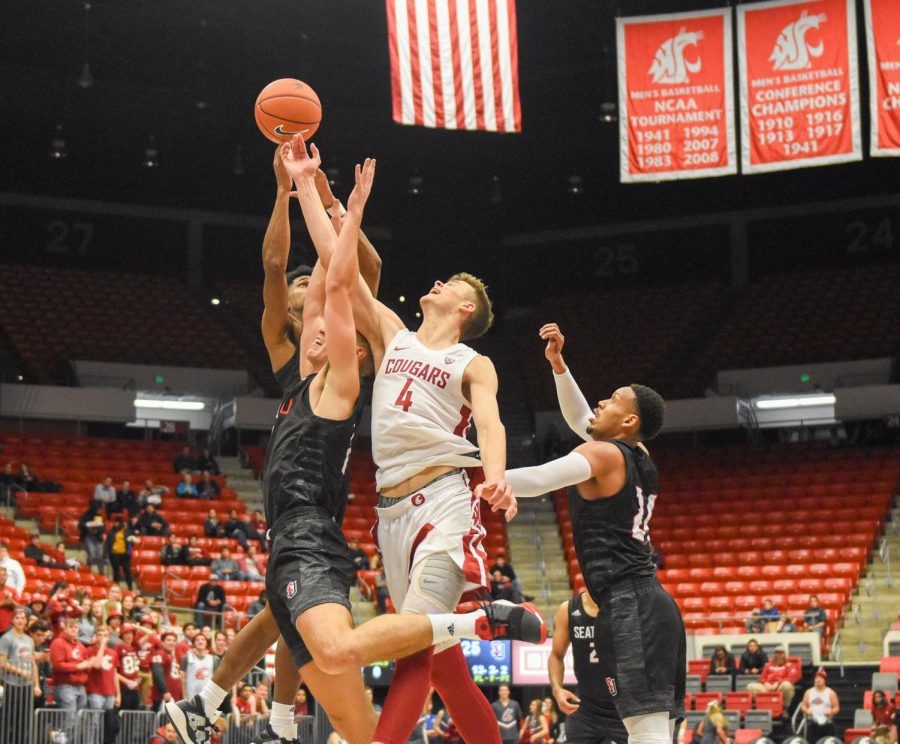 Sophomore forward Aljaz Kunc jumps up for the ball against SU on Nov. 7 at Beasley Coliseum.

WSU lost its last game against Santa Clara University this past Tuesday 70-62 despite a late-game resurgence from junior guard Isaac Bonton. Bonton lead the team in points and assists with 19 and four respectively.

Sophomore forward CJ Elleby still leads the team in points per game with 18.5 regardless of his performance against Santa Clara. That game Elleby scored just 10 points and shot below 30 percent from the field.

After recording just three turnovers in its first game of the season, WSU had 14 turnovers against Santa Clara. WSU is now ranked 10th in the nation in turnovers per game with 8.5, as opposed to being first in the country last Monday.

Idaho State is coming off an 89-79 victory against Air Force, which included a 41-point performance from Idaho State junior guard Tarik Cool. Cool is currently tied for 19th place in the nation in points per game with 24.5.

The Cougars played Idaho State seven total times since their first-ever matchup in 2006. WSU has won all seven games and the last victory in 2017 was a 21-point difference.

WSU tips off against Idaho State at 1 p.m. on Sunday at Beasley Coliseum and the game will be aired on the Pac-12 network.