Workshop included ways to be an ally to those with disabilities 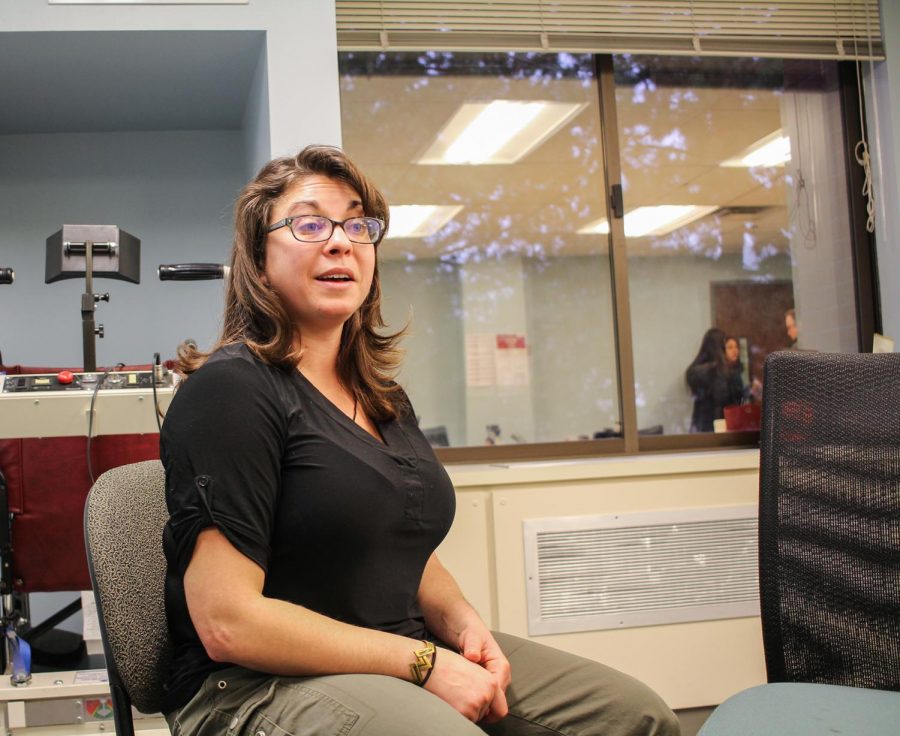 Rochelle Dach, assistant director of the Access Center, speaks at the Disabled Student Allies Training meeting on Thursday afternoon in the Washington Building. The training focused on ways to be an ally for people with disabilities

Members of the Access Center showed students and staff ways they could be an ally for people with disabilities Thursday in the Washington Building, which houses Cougar Health Services.

Rochelle Dach, assistant director of the Access Center, hosted a workshop that highlighted some history, misconceptions and stereotypes about people with disabilities. The training also included a discussion on how to be an ally and create an inclusive environment for those with disabilities.

“Being an ally and making sure the social environments we create are open for everyone … and it’s about respecting the voices [of people from the community],” she said.

Allies should create spaces for voices that are not heard from often, be present in discussions around disability and check their own privilege, Dach said. Being an ally can help change the narrative around disability, she said.

“Disability is still a thing that is stigmatized and students may choose not to seek accommodations because they want to be ‘normal,’” she said. “[Allies can say] disability is the new normal.”

The workshop focused on how disabilities are not only physical impairments, but they are also invisible. Additionally, it included common frameworks in which disabilities were viewed.

Dach told participants about two models of looking at disabilities, the first being the medical model, which focuses on how a person with a disability is the problem that needs to be solved.

The second model was the social model that treats the environment as the problem that needs to be fixed because those with impairments are normal, she said.

There is much to be done regarding the discussion around disabilities, she said. There are still people who say having a disability makes them a burden or who infantilize people with disabilities. She said doing this perpetuates negative stereotypes.

Disabled voices are being recognized more often outside of their community and are continuing the discussion around intersectionality, Dach said.

Attitudes and reactions are often what can create barriers for those with disabilities, she said, not the person’s impairment. Participants also discussed how people with disabilities can be excluded from physical and social spaces at WSU and how this can be avoided.

The training event was a part of Unity Week, a week dedicated to providing opportunities for students and staff to learn more about various experiences of those on campus.

“This week is a great opportunity to bring in many conversations and really highlight that this is an intersectional campus and we have students of many identities,” Dach said.