Some actions or words are offensive but still protected, Deen says 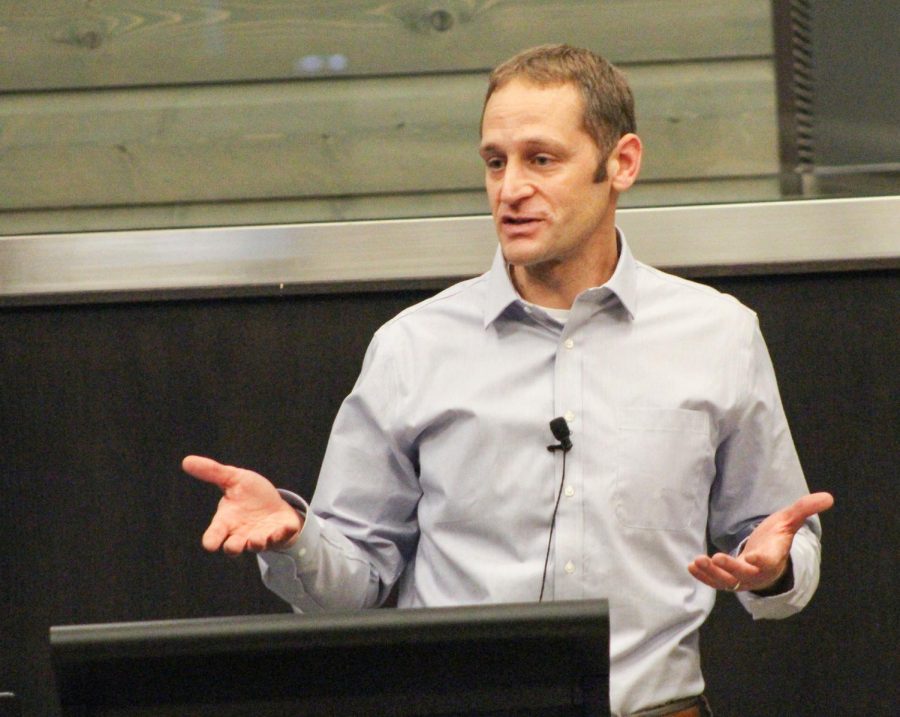 Nathan Deen, assistant attorney general at the Office of the Attorney General WSU Division, speaks about the First Amendment on Thursday at the Elson S. Floyd Cultural Center.

An assistant attorney outlined the difference between protected and unprotected free speech for universities on Thursday at the Elson S. Floyd Cultural Center.

“The government recognizes that the trading of ideas and universities have a major benefit to our society,” said Nathan Deen, assistant attorney general at the Office of the Attorney General WSU Division.

Deen said some actions and words, even though the public considers them offensive, are still protected. Blackface, Nazi demonstrations and pictures of animal cruelty are all protected under the First Amendment.

Dan Records, senior compliance coordinator and ADA coordinator for the Office of Civil Rights Compliance and Investigation, said he started working for WSU in 2012 and often interacts with free speech issues.

“We have to determine where the line is drawn for free speech,” he said.

Records said free speech is a core value for this country and exists more frequently in higher education.

WSU faculty from departments across campus facilitated discussions with students about free speech, specifically at WSU, and what it means to them.

Records said an event addressing free speech has been in the works for more than a year.

One participant asked why domestic terrorism, such as the Ku Klux Klan, can promote hateful speech. Deen said unless the speech is aimed at a person and threatens the person’s physical health, the speech is protected but still varies from case to case.

“Context really matters,” he said. “Who is speaking matters a great deal about what the government can do about speech.”

Protesters, such as the abortion demonstration earlier this year, are common on college campuses. The protesters usually are well educated on the First Amendment. They force attorneys to be thoughtful, she said.

Deen said traditional public forums, such as parks and sidewalks, allow for protests to occur. If a protest disrupts traffic, then it is not protected free speech.

Caitlin Boss, senior political science major and vice president of the WSU Political Science Club, said the club discussed free speech as one of the first topics of the year. She said WSU should involve more students in a free speech discussion and expand on the topic.

“Having conversations can be hard when the law says hate speech is protected even when it is harmful to someone,” Records said.